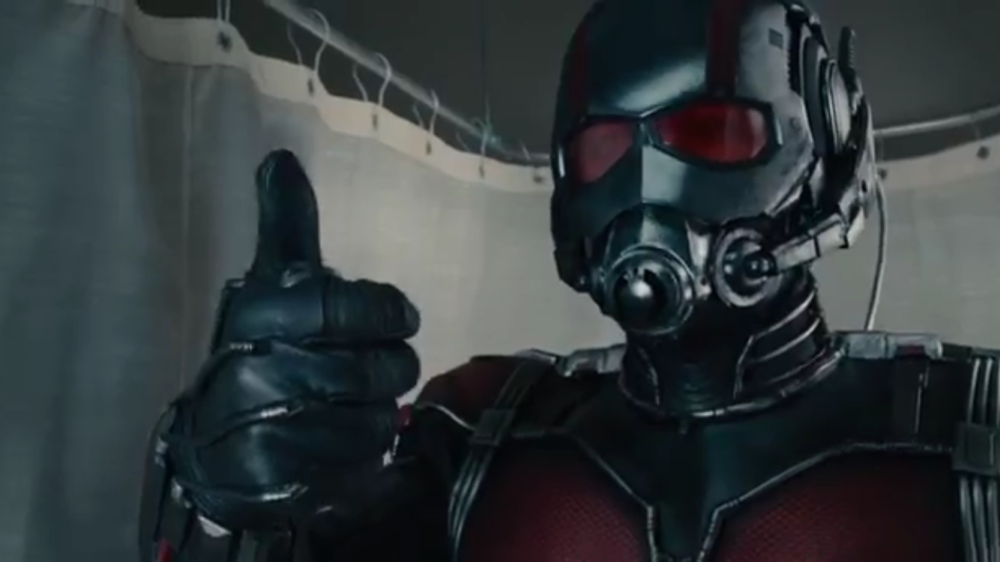 “Is it too late to change the name?” Don’t worry. You’re not alone in feeling that the name is a bit odd, as Scott Lang (played by Paul Rudd) asks the above question. We’ve all been teased for months that this trailer was coming, and tonight it finally arrived. Marvel’s ANT-MAN stars Paul Rudd, Michael Douglas, Evangeline Lilly, and Hayley Atwell as Agent Carter.

If you’re like me and don’t know much about the history of Ant-Man, don’t expect your curiosity to be fulfilled in the trailer. You’ll have to find out more when it hits theaters July 17, 2015.