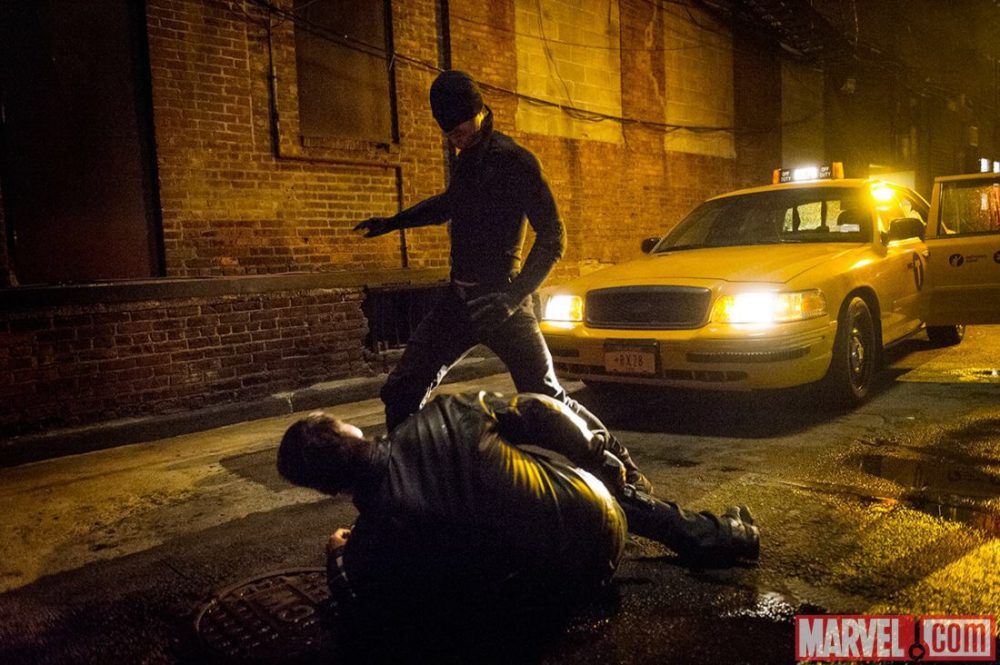 Sorry, Affleck. Marvel just unveiled the trailer for the Netflix Original Series Daredevil, and it promises not to be anything like the panned 2003 feature film. Starring Charlie Cox as Matt Murdock, the series will of course reset in telling the backstory of Murdock who was blinded as a young boy but gained extraordinary senses.

Lawyer by day and superhero Daredevil by night, you can catch all 13 episodes when they make their Netflix premiere April 10.

Watch The Behind The Scenes To Big Sean, Kanye West and Drake’s “Blessings”