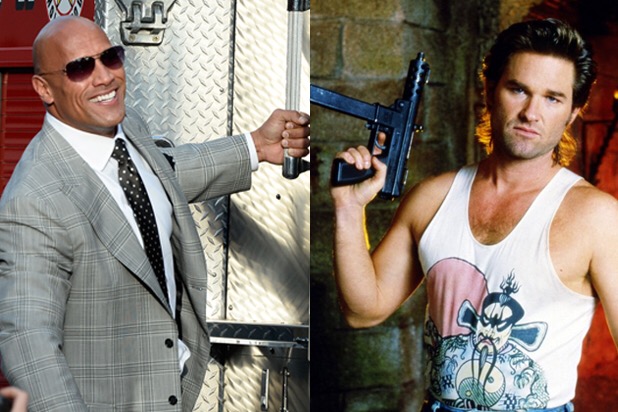 Dwayne “The Rock” Johnson is probably having the best year ever. Not only did he star in Furious 7 which is already one of the highest grossing films ever, but his latest action flick San Andreas just opened at the top of the box office already taking in $115 million worldwide.

EW now confirms that The Rock is in talks to lead as well as produce a remake of John Carpenter’s ’80’s cult classic Big Trouble In Little China. Ashley Miller and Zack Stentz, who wrote X-Men: First Class, are also attached to pen the script. Johnson would play Jack Burton, a trucker lured into a magical underworld in San Francisco’s Chinatown. The original film starred Kurt Russell and Kim Cattrall and took in a meer $11 Million at the box office.

Bruce Jenner Introduces Herself as Caitlyn Jenner for “Vanity Fair”