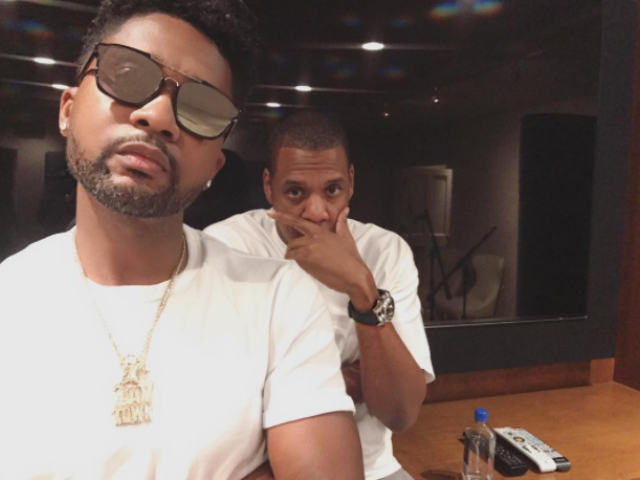 Zaytoven has made a name for himself as one of music’s top hitmen and since 2015 he has and records all over the charts. working with some of raps heavy weights like Gucci Mane, Future, OG Maco, Shy Glizzy, Young Dro, Jeezy, E-40, Travi$ Scott, Chance the Rapper and Jeremih. And this is only the beginning, his new book deal (A to Zay: The Indie Guide to Music Production), a joint acting venture with Nick Cannon is on the way, and plans to tour with Gucci Mane and Future, 2017 as well.
Last Friday, before turning New York’s Highline Ballroom upside down for the Migos’ CULTURE release party, Zaytoven sat down with Billboard to talk about his current business moves, when will we get Beast Mode 2 with Future, working with Jay Z, and much more.
On working with Jay Z:
“What’s so crazy is I always looked at Jay Z and guys on the caliber of Jay Z like they just the big dogs. I didn’t think they listen to my music or even know who I am. I was in L.A. in a meeting with [veteran publishing executive] Big Jon and he was like, ‘Me and Jay was just talking about you.’ So he text him and [Jay Z] said, ‘You have Zaytoven over there? Can he come to the house?’ And I’m like, What? For real?
“This is me having no idea that he even cared about my music. First thing [Jay Z] said [to Big Jon], ‘Tell him when he come over, make sure he bring them beats with them strings and pianos in it.’ So that means he’s paying attention to what I’m doing. I feel like I’ve been behind the scenes, making music all this time but I’ve been making it just to satisfy my demographic.
“I didn’t know how far it was reaching. So when Jay Z invited me to his house and told me what type of beats he wanted, it opened my mind up to be like, ‘My music is reaching everybody and touching people in a certain way.’ There’s a distinct something when they hear my music. I feel like [the collaboration] is gonna be for both of [our projects]. I know it’s going to be a trophy for me.”

On reuniting with Gucci Mane:
“[Gucci Mane and I] haven’t seen each other in the last three, four years so it’s a whole new fire burning for us to work together since he been gone for so long. So soon as he got out of jail, it was something that I think the world was waiting on because they used to hearing Gucci Mane and Zaytoven together so that’s inspiration alone to just get in the studio, create new stuff, come with something new and at the same time, give them the same chemistry that you’re used to hearing from us.
“We’re excited. We’re both just excited about where we at in our careers. He going on tour in March. I’m a show guy now. I’m on the tour playing piano, keytar, stuff like that. All that stuff just keeps us excited to continue to make more music, new music… I feel like we could be father figures to the producers and artists that’s in the game right now and we love the new energy and the new guys that’s coming in. But at the same time, we competitive to show we still got it.”

Zaytoven also spoke on working on the Migos’ CULTURE album (producing “Big on Big” and “Brown Paper Bag”), wanting to work with Shia LeBeouf, his goals for the new year, and more — which can be read over at Billboard.