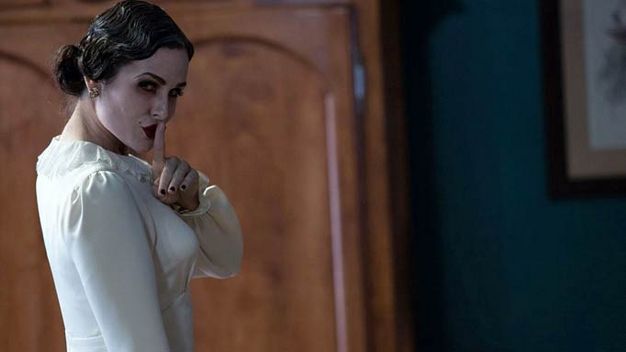 This Friday (the 13th!) theaters are offering moviegoers something a little different, thematically, compared to the releases from last week. This week we have a horror sequel from the director of “Saw” and a dark action comedy starring Robert De Niro from the producer of “Taken”. Let’s dive in.

James Wan (“Saw”, “The Conjuring”) returns to helm the sequel to his 2010 micro-budget horror mini-hit “Insidious”. The trailer contains some genuinely creepy moments that will almost certainly make you jump out of your seat. Make sure you watch it until the very end for a chilling surprise.

If the trailer doesn’t convince you, Wan began his career with the simple and clever “Saw”, going on to make the campy and absurd revenge flick “Death Sentence” (which, admittedly, this writer enjoyed quite a bit), and most recently “The Conjuring”, which garnered very favorable reviews and a nice box office haul.

If you enjoyed the first film or found yourself enjoying one of Wan’s previous directorial efforts, it’s a pretty good bet this is a film for you. While he’s not the strongest horror director working today, he always has a trick up his sleeve and some interesting ideas.

Executive produced by Martin Scorsese, “The Family” tells the story of former mob boss Fred Manzoni (De Niro), who ratted out his cohorts in the mob back in the U.S. and has been relocated, along with his family, to Europe through the witness protection program. Tommy Lee Jones plays an American agent trying to keep them out of trouble in this dark comedy from director Luc Besson (“The Fifth Element”, “Leon: The Professional”, producer of “Taken”).

De Niro doesn’t seem to be putting much effort into his familiar “mob boss” role, but it’s nice to see Michelle Pfeiffer again and the crazy antics of the family as they try to live a “normal” life. Things don’t seem to work out as planned as they give in to the “family” way of doing things and attract the unwanted attention of Fred’s former colleagues. Based on Besson’s past successes in the director’s chair, especially “Leon”, this looks to be an entertaining, if not fun, end-of-summer flick. You could certainly do worse.