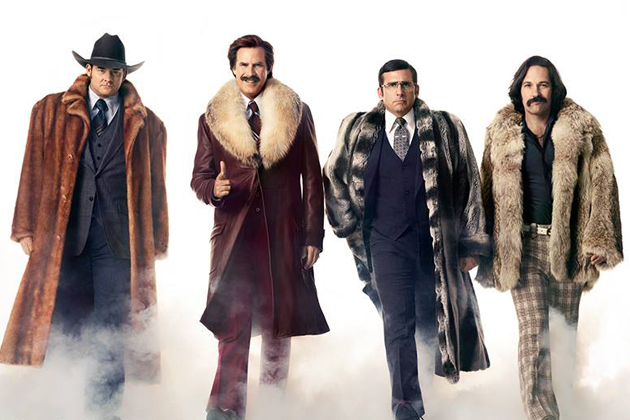 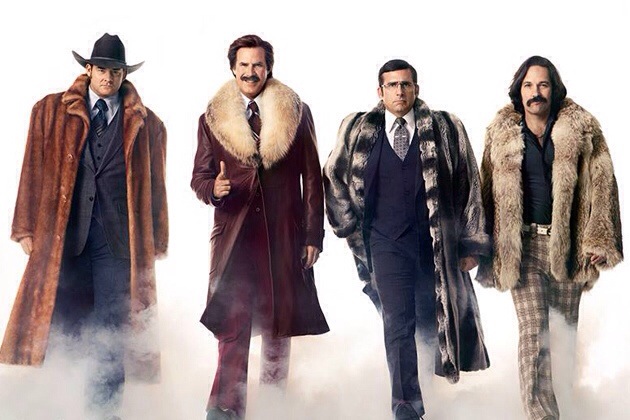 I hope you’re staying classy this holiday season because Ron Burgundy has returned to theaters, and there’s no chance you’ll be admitted without some class and a healthy appetite for laughs. To balance out the laughter we have a touch of sci-fi romance going down in Spike Jonze’s Her, and some serious family drama erupting in Asghar Farhadi’s The Past.

Wait, no stinkers this weekend? It’s a holiday miracle!

The whole gang returns for another round of over the top shenanigans and hit-or-miss humor as they take the nation’s first 24-hour news channel by storm. Some new faces this time around as Kristen Wiig (MacGruber, Saturday Night Live) joins the cast as Brick’s (Carell) love interest. Numerous celebrity cameos are expected as well so you’ll be getting a lot of star power for the price of one ticket. These Adam McKay/Will Ferrell collaborations are stuffed so full of jokes some of them are bound to fall flat, but reviews have been kind and suggest that if you enjoyed Anchorman, you’ll enjoy Anchorman 2.

Spike Jonze has a knack for crafting smaller independent leaning films that are usually a step above the usual studio fare. There is always something to enjoy about his films, and with Her it’s no different. Joaquin Phoenix (The Master, Walk The Line) stars as a quiet writer who falls in love with his computer’s advanced operating system. Apparently the film is full of elements from many different genres including sci-fi, romance and even comedy. Reviews have been positive overall, especially and surprisingly regarding Johansson as the voice of the operating system. There’s always positive elements to take away from a Jonze film, and it doesn’t seem to be any different with Her.

Multi-layered drama master Asghar Farhadi, Iranian director of the superb, Oscar-winning A Separation, grips us once again with The Past. It tells the story of an Iranian man who reunites with his French wife to finalize their divorce, finding out as he arrives that she’s getting ready to marry another man. As simple as the story sounds, it’s not. Farhadi excels at layering tension and emotion throughout familial relationships, evident in A Separation as well. Critics have overwhelmingly praised Berenice Bejo’s (The Artist) performance as the wife. For my money, this is the top option this weekend. Pure cinema.

Have a classy weekend at the movies!