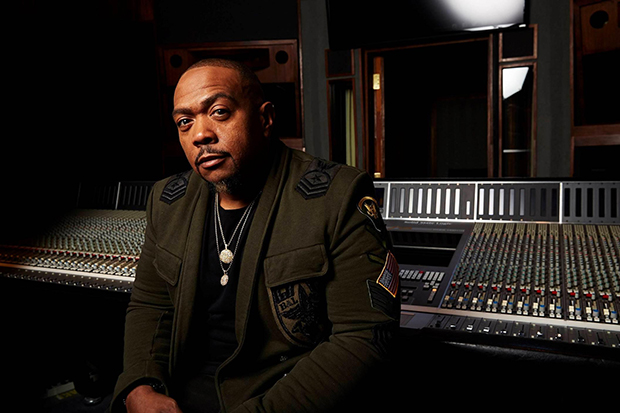 Super producer, Timbaland recently revealed to Rolling Stone that he is taking personal demons head-on, opening up to the world about internal issues he’s been dealing with. Timbo, who has dominated the charts and radio for two decades strong, spoke with Rolling Stone about fighting depression and drug abuse. His last hit was back in 2013 on Beyonce’s self titled album.

“I was on OxyContin,” revealed the 45-year-old. “Music is a gift and curse. Once you’re not popping, it plays with your mind. The pills helped block out the noise – I’d just sleep all day. I remember Jay-Z told me one time, ‘Don’t do no more interviews’ – because I was saying crazy shit.” What originally started as taking pain medication as a teenager to recover from a gunshot wound, turned into an addiction. The addiction was so heavy it affected his work, marriage life and his current girlfriend feared he would die in his sleep.

“It was so bad, to the point where I couldn’t even sleep,” says Timbo’s girlfriend Michelle. “I’d put my hand right by his nose, just to see if he was still breathing,” the Virginia native revealed. “All I can tell you is that there was a light. I woke up trying to catch my breath, like I was underwater.”

The multiple Grammy Award winner and iconic producer is now more focused than ever on his health and family, after cleaning up his act on the road to recovery. Timbaland is now opening up about his issues to help the current generation. “These kids come from a place where they don’t have money, don’t have a real home,” he says. “It affects them, and you hear it in the music.”

Timbaland has been working with the likes of Justin Timberlake, Rick Ross, Zayn Malik and Wiz Khalifa. Read the full interview over at Rolling Stone.