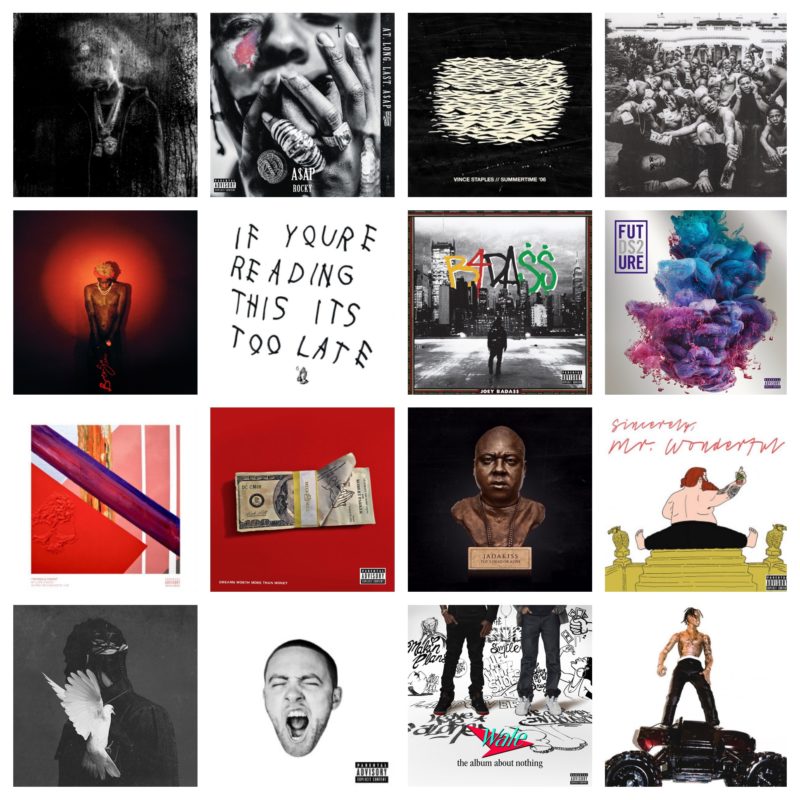 It’s that time of the year again guys! It’s time to piss everyone off with our top rap albums list of 2015. One thing that we love doing at FKB is ranking things and giving our honest opinions on the year in music. After 2014’s uneventful year, this year started off strong with projects from hip-hop’s elite and the emergence of new acts that will impact music for years to come. Now let’s get into the list: 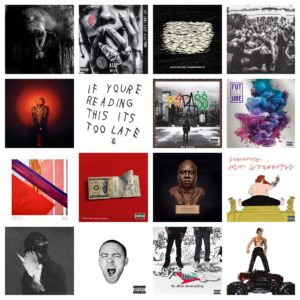 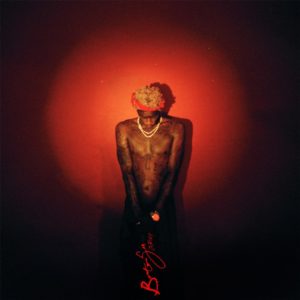 Rap troll or Heir to Lil Wayne’s throne, Young Thugga Thugga definitely planted himself in the top albums debate with Barter 6. With the controversy surrounding the album title and the beef between him and his idol, Thug made a solid project of melodic flows and wordplay only his predecessor Lil Wayne could match. Yes his subject matter is very limited but he made up for that with his lyrical charisma and production.

14. Shadow Of A Doubt – Freddie Gibbs 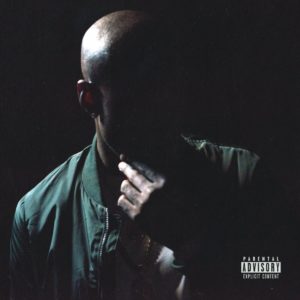 Songs to check for: “Packages” “Mexico” “Fuckin’ Up the Count” “Extradite” “Insecurities” and “Narcos”

Gangsta Gibbs picked up where he left off with last years Mab-Lib-assisted Piñata on Shadow of a Doubt. Choosing a darker sound on this album Freddie Kane uses the midwest formula of melodic hooks and gangster narratives. The album might sound like a mess after the first listen, but that’s the method to his madness and it comes off pretty seamless.Gibbs has versatility to his flow that allows him to go from one stylistic choice to the next, never trying to fit in and always challenging his lyrical boundaries. 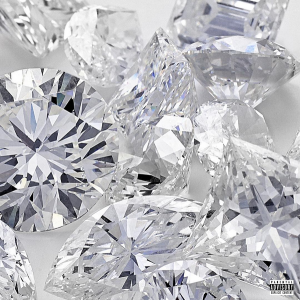 Many say the album that may have defined the summer and probably the sound of the year was Drake and Future’s What A Time To Be Alive project. Two of the year’s biggest artists joined forces and delivered a not-so surprise album that only took 6 days to record.

12. The Album About Nothing – Wale 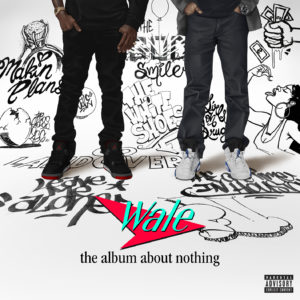 Songs to check for: “The Matrimony” “The White Shoes” “The girls on Drugs”  and “The Helium Balloon”

Wale finally dropped the long awaited The Album About Nothing assisted by his spirit animal, comedian Jerry Seinfeld. The project didn’t reach the heights expected, with all the marketing and promo, but it was one of Wale’s best projects since his Mixtape About Nothing series. 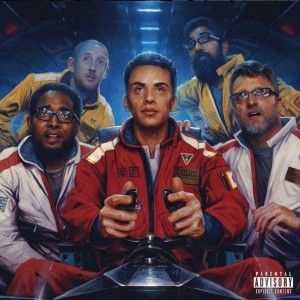 Songs to Check for: “City in the Stars” “Fade Away” “Young Jesus” “Intermission’ and “Lord Willin'”

Logic lived up to the hype and beat the sophomore slump on his new LP The Incredible True Story. He went the conceptual route on T.I.T.S. and created something more than just a quality album. The Baltimore native made an engaging experience for the listener that showed off his creativity and masterful word play. Many may say he sounds like too many other rappers but he set himself apart from the pack on this project. 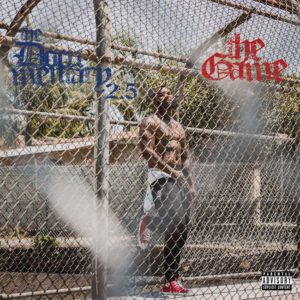 After several push backs The Game finally dropped his much anticipated The Documentry 2/2.5. The album is essentially a two-disc extension of Dre’s alleged final album Compton in a sense. Basically Game writing a long love letter to the city of Los Angeles, and the album isn’t as good as it’s predecessor 2005’s The Documentary but it’s a return to form for Jayceon Taylor. 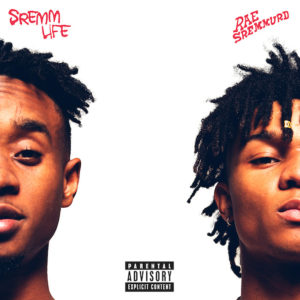 Whatever you want to say about Mike Will Made It’s young protégée’s, they definitely had you dancing at some point this year with their bevy of hits. The formula may seem familiar and even maybe a little cookie cutter but they delivered with this project full of bangers. Brothers Slim Jimmy and Sway Lee brought good ol’ fun back into rap and we can’t be mad at them for that right?

8.The Darkest Before Dawn: King Push the Prelude – Pusha T 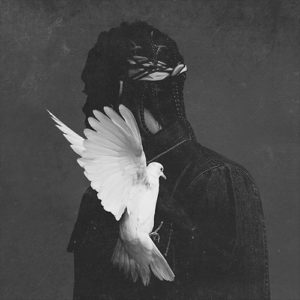 It’s Motherfucking Pusha T! Darkest Before Dawn is the prelude to Pusha’s soon to be released 2016 album King Push. Darkest before Dawn has a very dark tone just the way Pusha likes it and although its only 10 tracks long, the short but sweet album is full of potent rhymes, dark tales and top notch production from Timbaland, Metro Boomin’, Kanye West, Puff Daddy and J.Cole. 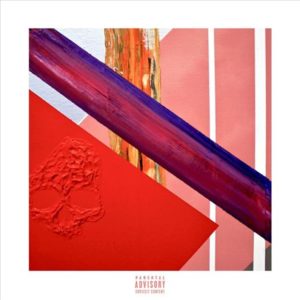 Songs to check for: “Blur My Hands” “Dots and Lines”“Chopper” “Deliver” and “Mural”

Tetsuo & Youth is Lupe Fiasco’s most focused project since The Cool and for sure his most creative. Lu divides the album into four sections (“Summer,” “Fall,” “Winter,” “Spring”), using each theme to display different feelings and themes for each track. The beat selection is very Chicago-Jazz influenced, with Lupe’s above par lyrical ability laced over each track. Hopefully this is the start of a rebirth for Lupe especially with him announcing 4 new albums slated for 2016. 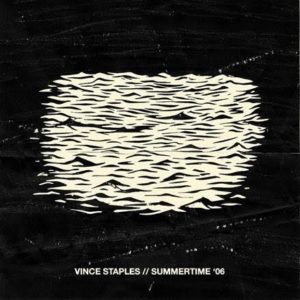 I’m gonna be extremely honest, I was very late to the Vince Staples party but one thing that caught my attention immediately is the kid can rap his ass off. After causing controversy with his comments on why he thinks 90’s rap is overrated and the 2000’s should be praised more, I gave him a listen and I couldn’t deny his talent and Summer 06 can’t be over-looked either. On the album Staples is going through a transformation from a innocent kid to being introduced to the gang life style that most Long Beach California natives go through. 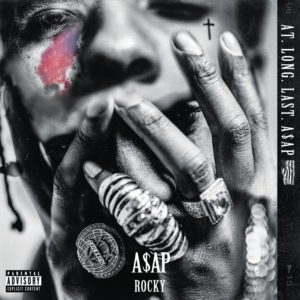 After three projects, Harlem native A$AP Rocky delivers his best project to date. Rocky is currently experimenting with. A.L.L.A.’S drug of choice is psychedelics and boy is this album a trip. The A$AP Mobb leader takes us on a journey of trippy tracks with a focused direction that his mentor A$AP Yams would more than approve. With soul samples and live instruments Rocky manages to create a very mood-setting album. 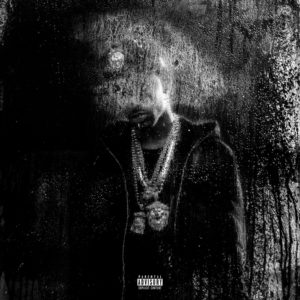 Songs to check for: “IDFWU” “Blessings” “All Your Fault” ‘I Know” “One Man Can Change The World” “Paradise” and “Play no Games”

One of the big reasons this was such a huge album for Sean is because he finally opened up and let his fans into his personal life. Most fans like to feel a connection to their favorite artist and us getting that peak at his ability to be vulnerable on tracks like “One Man Can Change the World” is definitely one of them. This is the album we have been waiting for Sean to make since he first signed with G.O.O.D. Music and he delivered with his tongue twisting lyrical ability, beat selection, and content. 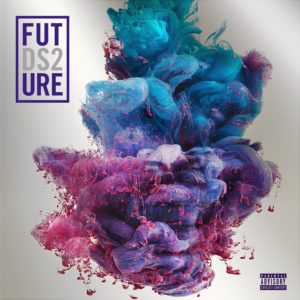 2015 was Future’s break out year and he flooded us with so much music his sound was mimicked by everyone. Drake loved it so much he did an entire with him. Future and Metro Boomin’s chemistry is seamless on DS2. They compliment each other so well it’s really hard to understand why Future strayed away from this formula on his previous album Honest. While Future’s subject matter isn’t very large, he is a great song writer with a great ear for melody. Many call it the ruble rap and can’t understand what the fuck he is saying but when his tracks come on he definitely grabs your attention and if not yours, then the girl you want to dance with so you have to find some way to enjoy it.

2. If Your Reading This It’s Too Late – Drake 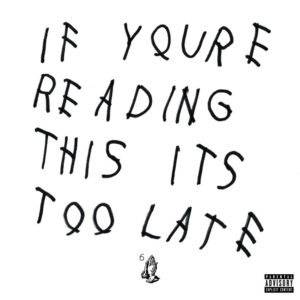 Let’s see what Drake had this year. He did a full album with Future, got nominated for a Grammy for a record that he destroyed Meek Mill on, scored one of the hottest singles of the year with “Hotline Bling,” and oh yeah. He dropped a surprise mixtape via iTunes earlier in this year. Now thats a hell of a year, and some artists wish they could have just one of those accomplishments. If You’re Reading This It’s Too late started the year off strong and truthfully doesn’t have a weak record on it. Of course the one blemish is the whole Quentin Miller fiasco but until more evidence surfaces the jury is still out on that one to me.

1. To Pimp A Butterfly – Kendrick Lamar 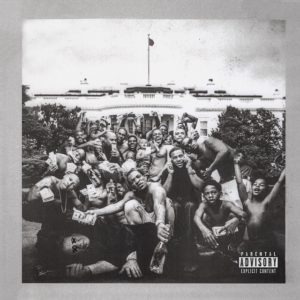 Songs to check for: “King Kunta” “Alright” “How much a Dollar Cost?” “The Blacker the Berry” “i” “These Walls” and “Hood Politics”

What can I say that has not already been said about the most critically aclaimed album in history? Nothing new but I’m gonna say it anyway…. IT’S GOOD! Kendrick Lamar went from making an album about his experiences in his neighborhood of Compton to his worldly experiences after becoming a rap superstar. To Pimp A Butterfly is the story of a black man’s plight during current day. The album boasts production work by Terrace Martin, Thundercat, Soundwave, and Pharrell, along with an all-star line-up of guests including George Clinton, Ron Isley, Lalah Hathaway, and Rapsody. K. Dot’s vision is clear in every bar and note that is played through out the project. This is one of the few albums that is influenced by the past, speaks on current events but is still progressive in it’s thinking and delivery.