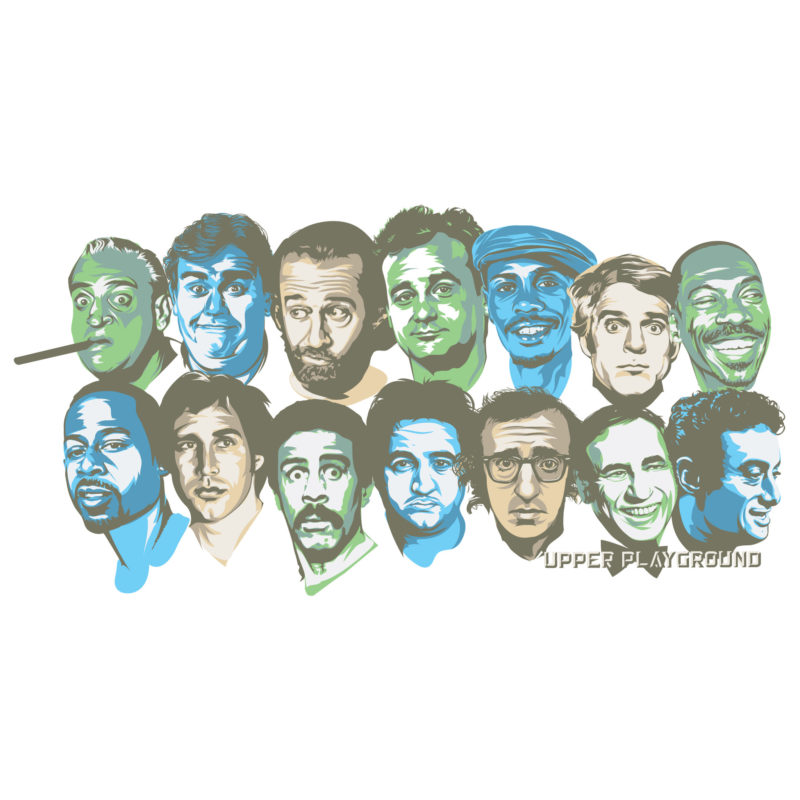 The Top Ten Comedians of All Time conversation will go on and on for years. Everyone has their own taste and sense of humor. Since I have this platform, I figured I’d share my personal list. I’m sure someone’s favorite comic will be left off the list or not placed to their liking, but hey it’s MY list. If you know me you know I love a great debate so take a look below and share your thoughts. 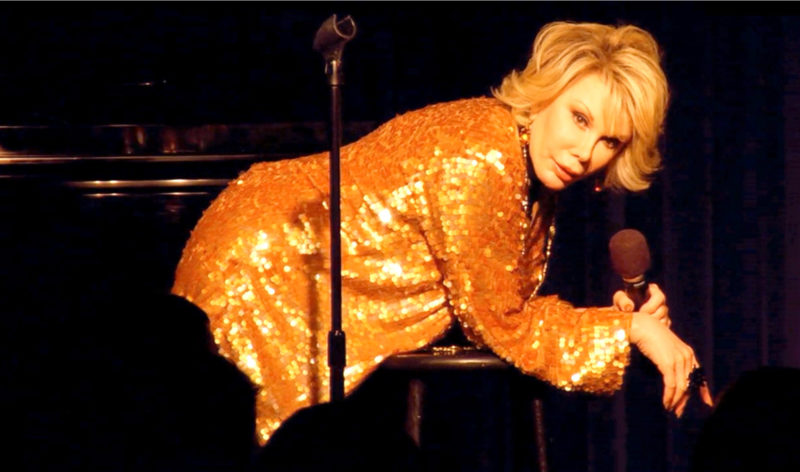 Joan Rivers might be known by this generation for being the old lady on the E! channel’s Fashion Police. She famously slandered your favorite celebs and bragged about her love for plastic surgery. However, at one point in time she was stand- up comedy’s undisputed Queen. Back in the 1970’s she  covered many taboo subjects that female comics wouldn’t dare touch on such as the joys of having sex and using drugs. Joan was a pioneer and influenced a long list of the popular male and female comics that we get to see today. With one of the most prolific careers on this list, Joan is definitely the God Mother of female comics with more than 10 published books, dozens of film and television appearances, and a star on the Hollywood Walk of Fame.

“I succeeded by saying what everyone else is thinking.” -Joan Rivers 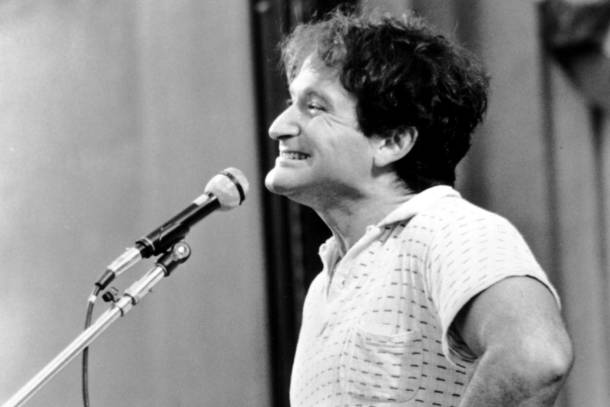 Robin Williams is the man of endless impressions and inexhaustible energy. He had limitless talent and could make you laugh just by staring at you. Unfortunately we lost him last year but his legacy will live through his classic contributions to not only stand up, but also film. 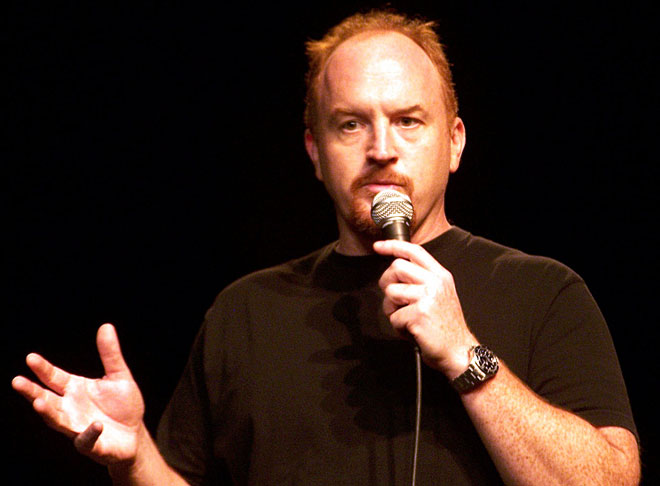 Louis C.K. is one of today’s most honest comedians. Not only does he take risks with his routines, he’s relentless with his delivery. Louis has written for some of the most respected comedians of today and has went on to have a successful show with his Louie series. TV success aside, this guy lives on the main stage. 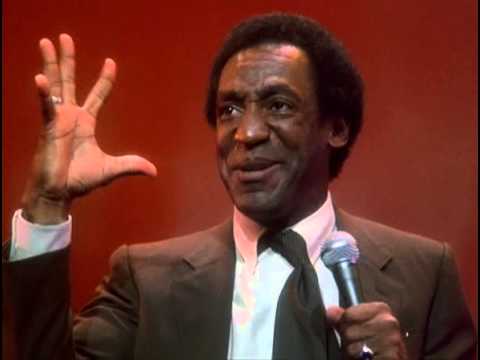 Yeah, he isn’t exactly anyone’s favorite these days, but Bill Cosby used to be known as “America’s Dad.” He added humor and balance to parenthood. His iconic Bill Cosby as Himself routine is still relevant in present time. He was able to be funny without being raunchy or using profanities. The success of The Cosby Show catapulted his fame and made him a household name, but it was his stand up that showed his capabilities. 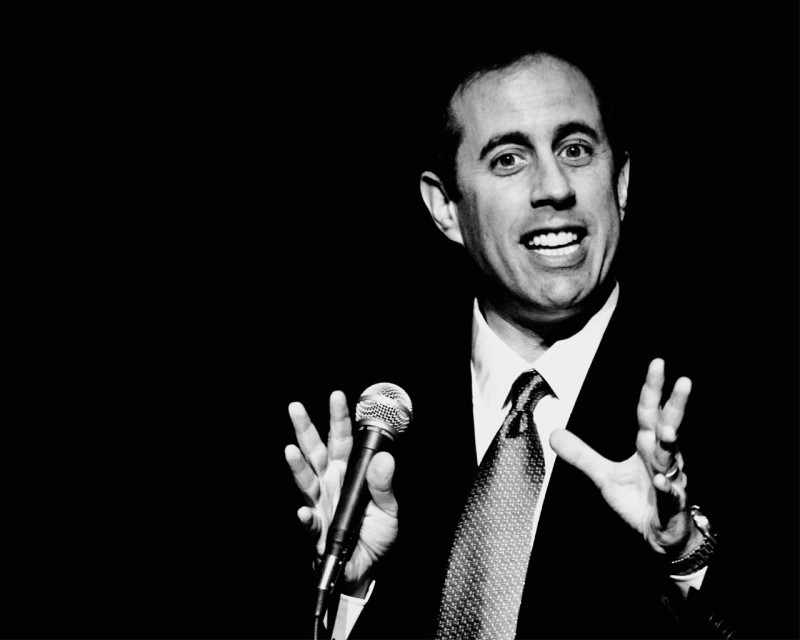 Some people would say, “What’s the deal with putting Jerry Seinfeld on the top 10 list?” The answer is plain and simple. Jerry Seinfeld took observational material to a whole new level. So much so that he was able to create the greatest TV show of all time with it. 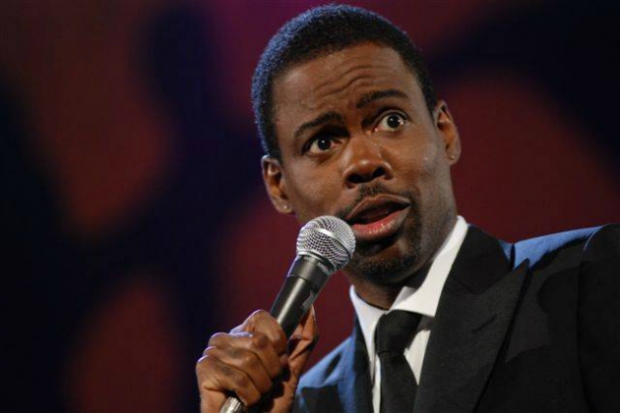 Chris Rock was able to break the heavy expectations of being the “Next Eddie Murphy” and set himself apart from the pact with his monumental Bring the Pain comedy special. He touches on social issues, being black in America, and making us aware of politics, all while making us laugh. Rock set up the blueprint for the new generation of comics to come after him. 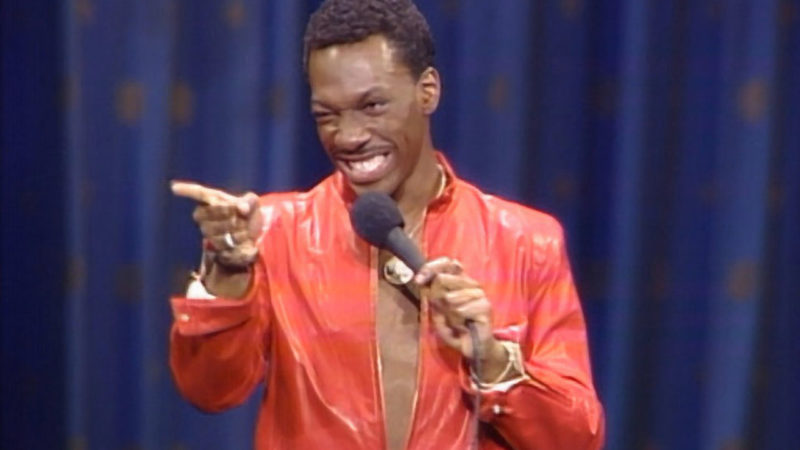 Now I know your thinking, “damn Eddie Murphy at number four!?” Well please forgive me for my blasphemy. Eddie is number one on many people’s list I’m sure, but my only beef with Eddie is he gave us two classics and left us. Imagine if Nas gave us Illmatic and just retired. Eddie is still a king  and is known as the first rock star in comedy. He might’ve been the only man to stand next to Michael Jackson and garner just as much attention. If there is ever a Mt. Rushmore of comedy Eddie is definitely on it. The man single handedly saved Saturday Night Live from being cancelled in the 80’s. Raw and Delirious are probably the only stand up routines that most people can recite word for word. 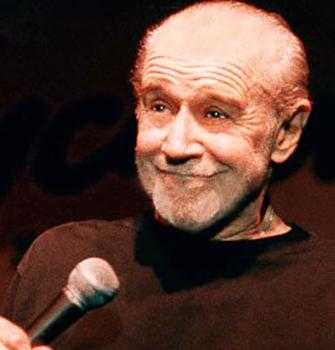 “The High Priest of Profanity”, George Carlin was never at a loss for words when it came to social matters. He may be the most controversial comic on the list and that says ALOT. He had no fear when it came to religion and other subjects we’d usually keep to ourselves. Carlin was arrested for performing his “Seven Words You Can Never Say on Television” routine and had to go to court when the bit appeared on radio. “I felt like I was being called to the big principal’s office in Washington,” he told Playboy in 1982. “…That these nine men had summoned me into their presence to question my conduct absolutely thrilled the perverse and rebellious side of my nature. I thought, even if I just become a little footnote in the lawbooks, I’ll be a happy footnote forever.” 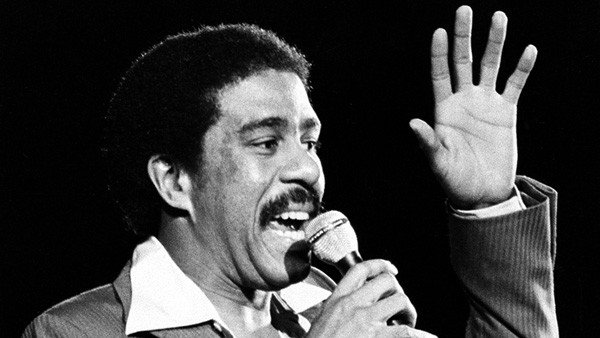 The end all be all to stand up comics is Richard Pryor. Damon Wayans once said “Everybody stole from Richard and If you haven’t, the you’re probably anit funny.” That is one of the most accurate quotes about his legacy ever said. Richard was an inovator and made stand up comedy what it is today. He made fun of himself with honesty that most people would never dream of. Everyone on this list owes something to Richard. 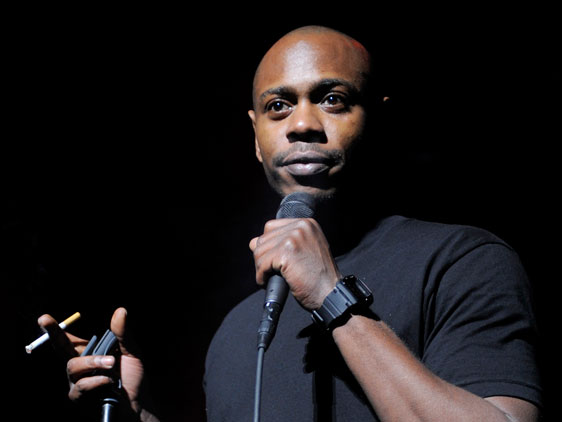 Finally, my number one. And I’m sure you think i’ve lost it, but for my generation, this man is untouchable. If comedy had a satistical system he’d be league MVP. Everything you’d want in a stand up comic he gives you. Dave touches on all aspects of his life and what’s going on in the world today. Obviously many of you might not agree with me but thats the point of discussion. I’m all for a debate.