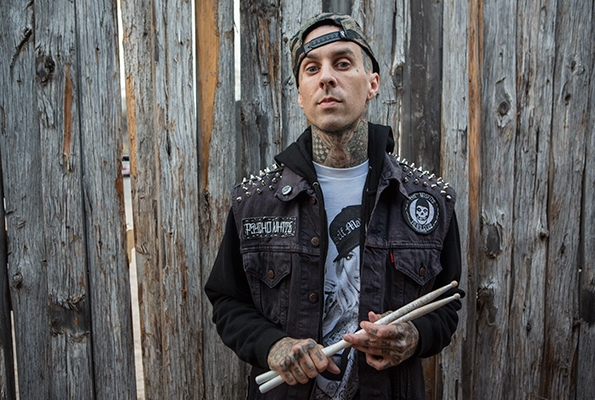 DeLonge will be replaced for now by Alkaline Trio’s Matt Skiba on guitar. Not sure if this will be permanent or not, but things could get ugly sooner than later. Bandmates Barker and Mark Hoppus have different view points on the situation: Hoppus says that DeLonge was “ungrateful” and “disingenuous,” but Barker says there’s no “bad blood” between him and the Blink co-founder, but the guitarist’s “indefinite” departure from Blink-182 should just be definite.

Barker went on to say this to Alternative Nation:

“I think the right thing for him to do would [be to] just man up and quit the band instead of telling people he didn’t quit and just be real with the fans. I think that would give him some closure too and really do what he’s passionate about.”
“Even amongst all the other projects I do, I can always find a way to prioritize and still be passionate about Blink-182 when it comes around,” added the drummer. “I love playing, listening and everything about punk rock. It changed my life. I think for Tom, he doesn’t like punk music and it was a phase for him.”

DeLonge, who already announced plans to release his solo album To the Stars… Demos, Odds and Ends, previously said in a Facebook letter to fans:

“I can’t just slam the brakes and drop years of development, partnerships and commitments at the snap of a finger. I told my manager that I will do Blink-182 as long as it was fun and worked with the other commitments in my life, including my family.”

However, Barker says this isn’t the first time DeLonge put his own plans before the band.

“I think this is the third time he’s quit without anyone knowing about it because we didn’t announce the other times. But this is just the last straw,” Barker said. “It’s just not cool for the fans. He’d always agree to go on huge tours and record albums, but when it came down to going into the studio, he’d find some excuse not to. And we wouldn’t even hear from him; it would be his management. It comes to a point where you decide you’re not going to force anyone to do anything they don’t want to do and it’s time to move on.”