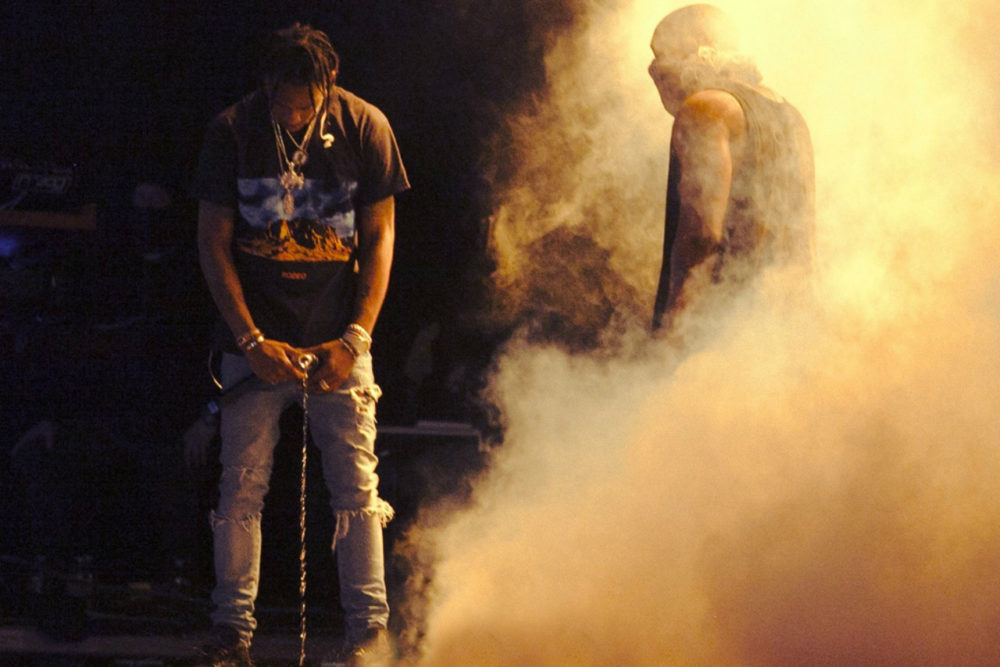 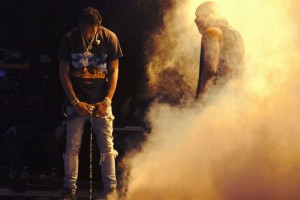 Kanye West was very busy this past weekend. Ye celebrated the seven year anniversary chart topping album 808s and Heartbreak with back-to-back performances at the Hollywood Bowl in Los Angeles. The on Sunday Yeezus closed out Summer Ends Festival in Tempe, Arizona. His new protégée’s Travi$ Scott and Vic Mensa joined hm during his set, performing the first live rendition of Rodeo’s “Piss On Your Grave” with Scott, as well as “U Mad” with Mensa. Fans caught footage of the event as it went down, which can be viewed here.