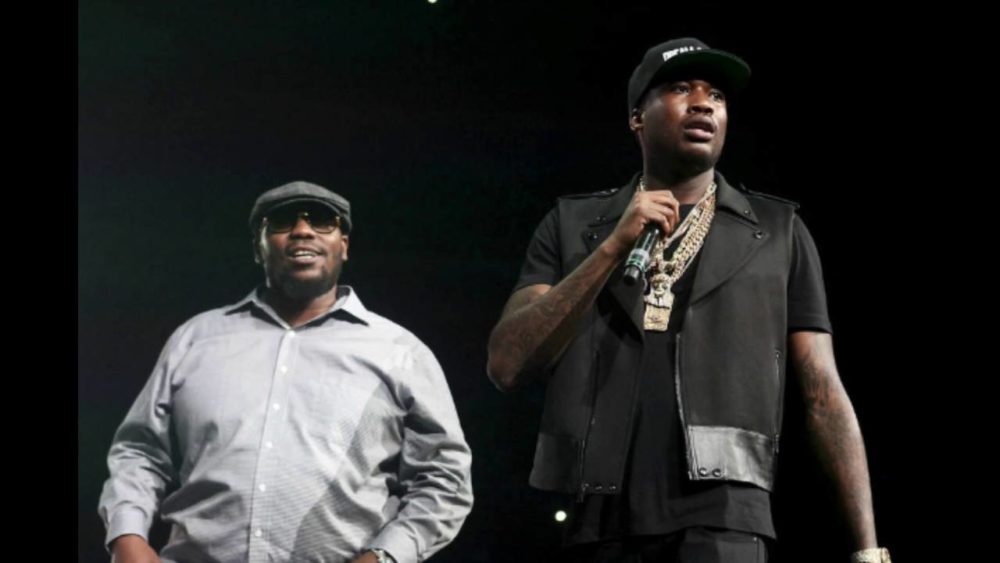 From the looks of things the rumors of Beanie Sigel being knocked out by one of meek Mill’s goons are true.
Today TMZ posted a video of former Roc-A-Fella records rapper Beanie Sigel laid out after an altercation with Dream Cashers affiliate Teefy Bey. Over the weekend, while in Philly The Game made an instagram video reporting that Beans was knocked out by a member of Meek Mill’s crew. According to reports the altercation took place after Beanie Sigel performed along side The Lox at Puff Daddy’s Bad Boy reunion concert. A on looker Snap Chatted the video and captioned the video saying, “Beanie Sigel got knocked out.”

In the video you see Beane Sigel laid out on the floor and Teefy Bey being shoved out by security. Teefy Bey admits to the beatdown in a new interview with HHS1987. When he is asked if he heard about Sigel getting beat up at the Bad Boy show, Teefy responds, “Yeah I know about it,” jokingly remarking, “I think he passed out from his diabetic medication.”

In a interview earlier Teefy Bey shed some light on what prompted the incident. Alluding to The Board Street Bully, revealing he was ghost writing for Meek and Omelly on their “OOOUUU” remix, which was a diss track in response to The Game’s “92 Bars.” Teefy breaks it down like this: “You broke the code of ethics on the streets, Beans.”

Teefy continued to explain that Sigel went on to “back-door n*ggas with Game” and was allegedly guilty of “tellin’ n*ggas information that only the camp know.”

Beans went on a radio interview before the altercation and stated he had no beef with The Game and that was their beef on Baltimore’s 92Q. He also implied that he never intended to end up on Meek’s diss track. He then went on to point out that he had been in Meek’s studio “helping him out with some lyrics” before recording his own verse, which ended up on Meek’s diss against The Game.

from that interview a whole whirlwind of trouble happened and now we are here with the news that Beanie Sigel “The King of philly,” has been knocked out for his comments. Calling Meek’s skills and lyrical integrity into question is a huge deal especially with all the drama between meek and Drake over ghost writing. In a more recent interview, Teefy suggests that Sigel’s loose lips are the cause of all of this. Teefy also says the track Beans speaks of isn’t online stating: “‘Cause you didn’t. The information was more worse than that y’all.”

“And then some other shit came into play that I don’t wanna talk about,” Teefy continued, going on to conclude, “But at the end of the day, you can’t put me on Front Street when I’m a real n*gga bro…. Like you ain’t gonna try to play me or play my family or play my n*ggas out, you know what I’m sayin’ — for a nut ass n*gga named Game. That’s just the bottom line.”

Craziest thing about all of this is the fact that all of this happened before Beanie took the stage at the Bad Boy concert. Yes Beans got knocked out and then took the stage to perform his 2001 hit “Beanie (Mack Bitch)” declaring to the crowd, “The real king of Philly is back.”