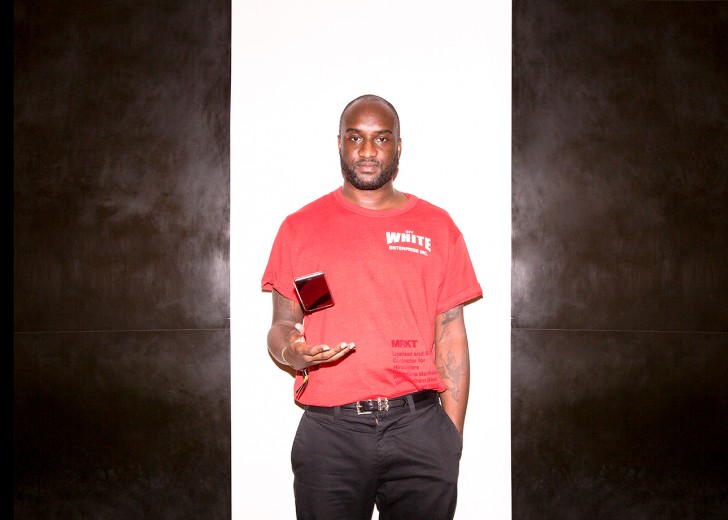 The Coveteur courted Virgil Abloh — the man behind Off White — for a full length interview about his rise in the fashion world. Most hip-hoppers know him for working with Kanye West and DONDA, but the creative’s reach goes way, way deeper in design. He spoke openly about how he started in designing clothes, his views on technology and more.

ON HOW HE BROKE INTO DESIGN:

“My path is a little bit untraditional. I started just by believing in my own ideas and making things, you know? Design is a funny career because anyone can do it, but I think the measure of how it becomes something that resonates started with me believing in my ideas and just making them. I started on this path by essentially printing t-shirts and giving them to friends; and then believing in them so hard and trying to make them relevant enough so that people liked them.”

ON OFF-WHITE’S BREAKTHROUGH AND EVOLUTION:

“I think really the seminal moment was making a season called Pyrex Vision, and it was using whatever means that I had. I didn’t know how to make clothes; I didn’t know anyone who could cut and sew; I didn’t know about buying fabric; I didn’t know about delivering it to a pattern maker—none of that. When I started it was more about ‘I don’t have time for all that. I just have time to put my identity on top of it.’ So that’s what the whole concept was—I embraced the fact that I didn’t have those means, but I still had a vision, which I think was very in response to the times and in response to streetwear. It was very modern. And I made a fashion film around it, and that was my means of having a creative outlet, but also the new modern language of, ‘Hey, you need to see it in a digital format to understand it.’ And not necessarily waiting for a publication to introduce the right people through their channel. There’s this new freedom of making a message your own stuff. Again, if it resonates, then that’s all you can do.

The line is only three years old, but I’ve been working on it for maybe eleven. The current iteration of it, I don’t by any means think of it in a box, like, ‘Oh this Off-White is forever.’ The idea came before this. This is the iteration of it now, and who knows what it will evolve to. I’m not so steadfast to [say], ‘I’m never changing the concept.’”

ON HIS PHONE ADDICTION:

“I live on my phone. Everyone is always like, ‘Oh, you’re always on your phone.’ Usually, I just embrace it. There’s so much you can do. I have so many thoughts. I’m multi-tasking: running an office; managing my friends and family. You can do it all on this. This is like a tool. [I stay organized with] iCal, a travel agent and text messages.”

ON THE ADVICE HE SWEARS BY:

“I think it kind of sounds dumb, but it’s literally 100% failsafe… If you do what I’m about to say right now, it’ll work. I’ve figured it out! I’ve done all this running around the world to give this one piece of advice. If you want to do this, if you want to be a designer, be Karl Lagerfeld or be Steve Jobs, you just have to do this one thing: do it. I found this myself: this is all literally based on one idea to make one t-shirt. I never would have thought it would amount to this, but if I hadn’t done that one, it wouldn’t have led into the third or the fifth or whatever.