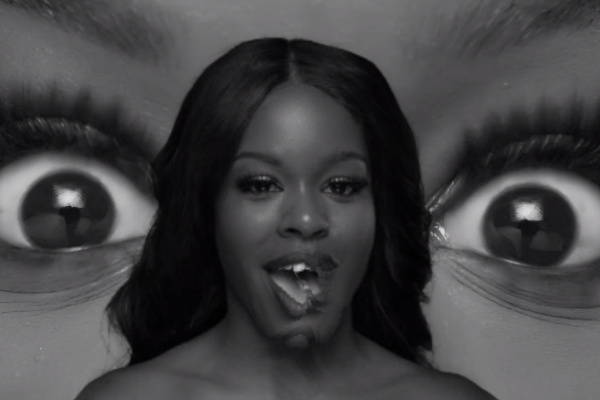 Azealia Banks’ new ineractive video for “Wallace”, from 2014 alum Broke With Expensive Taste, might change how we watch videos. It’s an interactive webcam-driven film powered by Google and directed by Nick Ace and Rob Soucy. Head to Azealia’s site for the video; since the interactive experience runs on Google Cloud Platform, it’s only viewable via Google’s Chrome browser.
The technology inserts your image into the video, like you’re looking in a mirror. As you move, Azealia moves.

“I’m such a huge fan of technology and creative new ways of interacting and engaging with fans, so this collaboration was perfect for me. Music videos are as much of an art form as the music itself,” Banks said via a press release. “The more I can push myself in my creative endeavors, the better. Working side by side with this incredible team of tech-creatives was a truly unique and enjoyable experience, and I’m thrilled to be part of a potentially groundbreaking new ‘norm’ in the future of making music videos.”