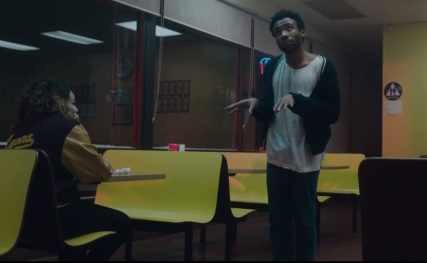 Childish Gambino resurfaces for the first time this year, since releasing his STN MTN/Kauai projects late last 2014. Today he drops the trippy visuals to “Sober” off Kauai. The video displays Donald and a young lady going through a break up over dinner at a Waffle House. Donald caps off the video with a hilarious Michael Jackson dance routine.
Watch and enjoy below.

Eddie Murphy Is Thinking of Returning to Stand Up, But Under One Condition