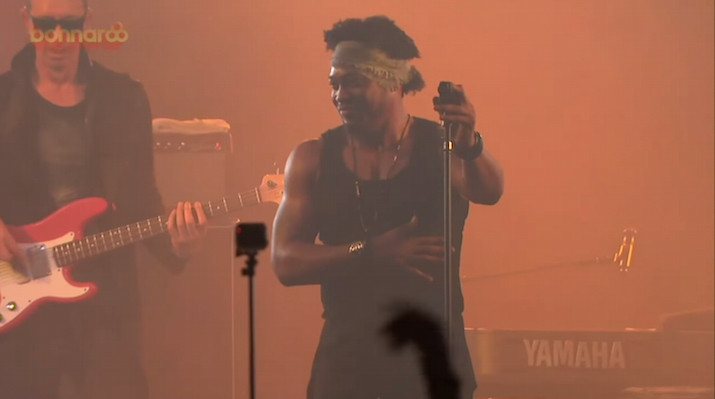 D’Angelo & The Vanguard‘s full funk-loaded set from Bonnaroo has just been let loose on the internets and it’s a mother for ya. Late Sunday night, D and his merry band of funkateers hit the beer-musk and week-smoke stained air of that massive musical menagerie down south to take folks to church, and that’s precisely what they did, offering an abridged, but all-too potent hour and a half of high-voltage fawnkin’. All of the favorites are accounted for, including the very P-Funk Vanguard theme, a few Voodoo classics and virtually the entirety of Black Messiah, and all for the righteously low price of free ninety-nine. I won’t bore you with meaningless conjecture, only say this. If you’ve missed D at any one of his tour stops over the last few months, you’ve finally got a shot at taking it all in. So don’t walk, run to your closest set of wood-body speakers and plug this thing in. Watch D’Angelo & The Vanguard’s all-the-way live Bonnaroo set from Sunday night’s closing ceremonies below and thank us later for the favor. Ya welcome. Cop Black Messiah on iTunes today.