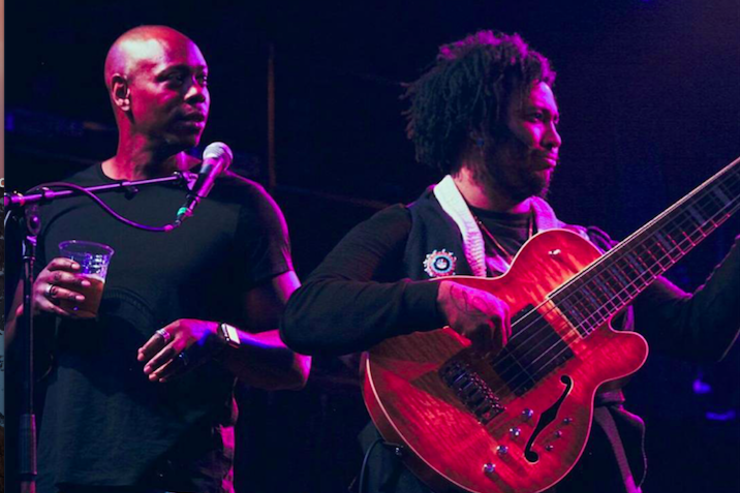 Dave Chappelle is most influential people in pop-culture and if you don’t think so let me just run down some of the things he’s done. He was able to reunite The Fugees, made him-self a pop-culture icon with impersonations of Prince and Rick James on his tech comedy show, worked with artist like Kanye West, Mos Def, Common, The Roots, Chance the Rapper and Nas. So to say a musical co-sign from him means a lot is an understatement. Recently Dave popped up at Irving Plaza to everyone in attendances delight for Thundercats show.

When you think the show is over but Dave Chappelle & Flylo come thru 😩 (📸: @danapac_)

Chappelle was one of a few surprise guests Thundercat brought out along with Flying Lotus, Hannibal Buress and Robert Glasper during a show that coincided with his new release, Drunk.

“Ladies and gentlemen, onstage tonight is the musical virtuosos. They spent hours and hours of their life practicing their craft, and tonight we get to enjoy the sum total of their work,” Chappelle said, during his brief cameo. “Make some noise for your band.”

Dave Chappelle just came through the @Thundercat show (@robertglasper's on the drums)!!! pic.twitter.com/jZ59hMutgn

Soooo…I went to see @thundercat_music last night with my sister. One word: AMAZING AND, he brought out @hannibalburess #thisisfamebro #thundercat #hannibalburess

This appearance by Chappelle kicked off an eventful month for the actor/writer/comedian, as his two Netflix specials will air later this month on March 21, via Netflix. The shows are believed to be from Chappelle’s “personal comedy vault,” featuring material from a 2015 performance in Austin, Texas and another set from a March, 2016 date in Hollywood.