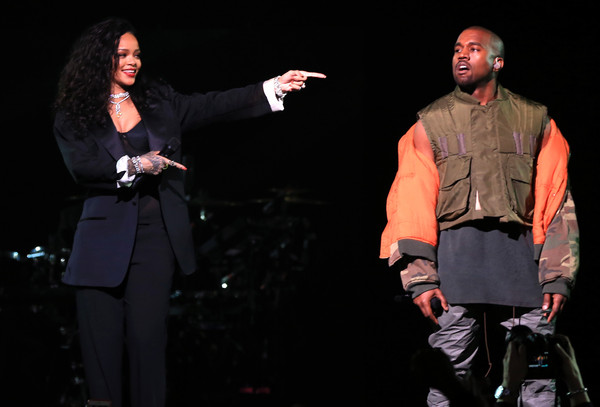 This rumors spread quickly throughout Phoenix that Rihanna would have several special guests joining her headlining set at DirecTV’s Super Saturday Night concert.The word was she would be joined by her fellow Roc Nation Label mate Kanye West and Sir Paul McCartney to perform the first single off her new RR8 album “FourFive Seconds.”

Kanye was the only big name to appear during Ri Ri’s hour-long performance for a 10 minute mini set, including performing his McCartney collab “Only One.” They also gave a surprise performance at the Roc Nation Sports Super Bowl party as well. As recently reported Ri Ri and Yeezus are slated to go on tour this summer, we will keep you posted with locations and dates as soon as their released.

Listen: “Drinks on Us” Remix – Mike Will Made It Featuring The Weeknd, Swae Lee & Future