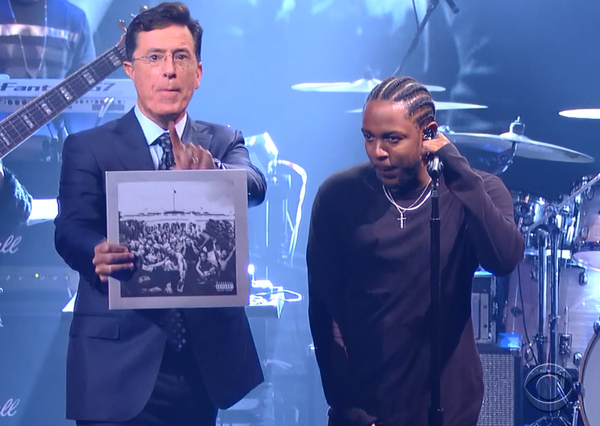 Last night Kendrick Lamar was the first ever musical gust on The Late Show with Stephen Colbert. Back in December of last year, Lamar appeared on the final week of The Colbert Report on Comedy Central. So tonight things came full circle.

Lamar performed with a live band including Bilal, Anna Wise, and Thundercat, he performed a medley of songs off his No. 1 album To Pimp a Butterfly, including “Wesley’s Theory,” “Momma,” and “King Kunta.” Watch the entertaining and passionate performance below. 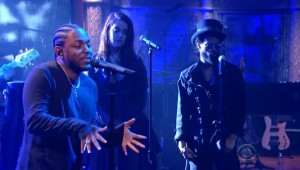