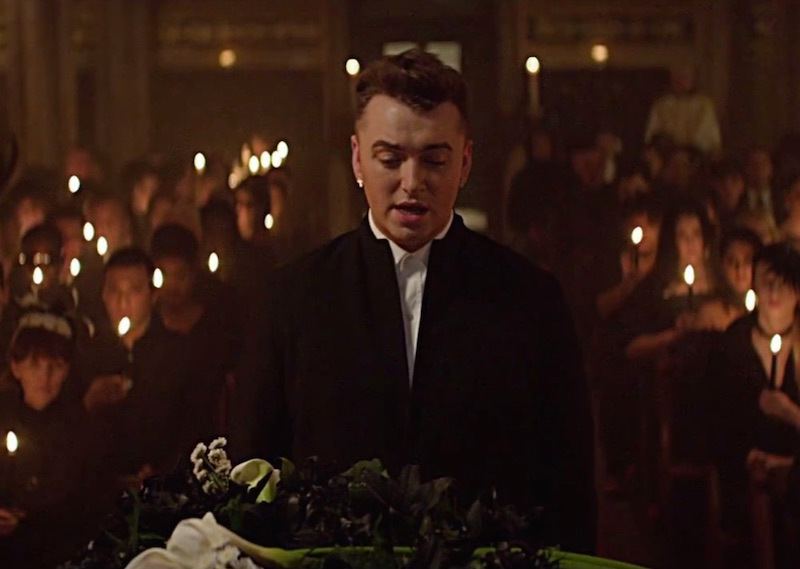 R&B sensation Sam Smith just released a new video for his latest single “Lay Me Down,” off his platinum-selling debut In the Lonely Hour. The video is filmed entirely at the parish church of St. Margaret in London, and finds Smith performing his song in front of a group of what looks like are mourners, but then turns out to be joyous gay marriage as the camera falls back. (Sidenote, gay marriage is still a sensitive topic in the UK given their stance on same-sex marriages.) However, during the taping, the singer also had a chance to speak with Rolling Stone about the concept behind the video and shared these words:

“Obviously gay marriage isn’t legal in churches, and we’re doing a gay marriage today, in the church. We’re the first ever to do it. It’s obviously not a real marriage, but still…The priest just said to us, ‘We’re going against the rules by doing this today.”

He also went onto say:

“Going to the church today, it’s like, ‘This is the first time we’ve let people with big noses in.’ That’s the equivalent to me,” Smith adds. “I’m walking in, I’m going, ‘Why? Why are a man and a man not allowed to get married in this room?’ Because it’s the most natural thing.”

Jimmy Fallon Reunites the Cast of ‘Saved By The Bell’