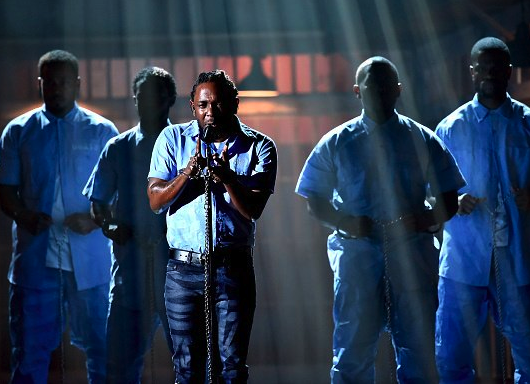 The biggest night in music is here, and of course we’ve been waiting for the performances to come. Kendrick has won five of his eleven Grammy nominations, and is guaranteed to keep us talking with the  performance he put on tonight. K Dot performed  “The Blacker The Berry,” “Alright” and a preview of an unreleased song at the 58th annual show.

Other notable performances include The Weeknd, Ellie Goulding, John Legend, Demi Lovato, Meghan Trainor, Luke Bryan, Tyrese for a Lionel Richie Medley Tribute, Miguel, Justin Bieber & Jack Ü (Skrillex and Diplo) with “Love Yourself” & “Where Are Ü Now, Adele, and more to come. Watch them all below.

[HD] Ellie Goulding & Andra Day – Love Me Like… by musictrending