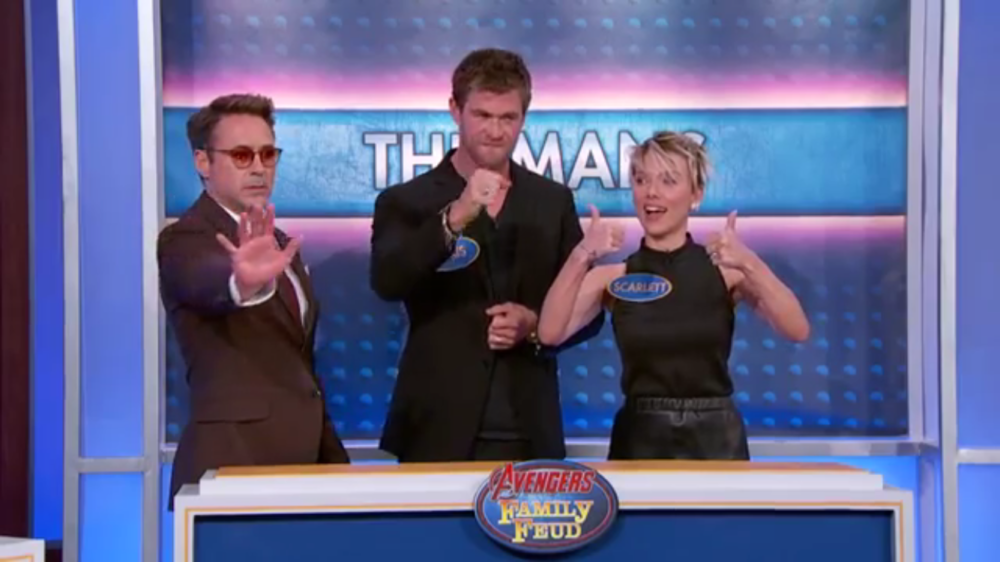 The Avengers have assembled!.. for a game of Family Feud. Last night the cast appeared on Jimmy Kimmel Live, and one of the segments found them split into two teams. Chris Evans led his team called “The Americas”, and they faced off against Robert Downey Jr.’s “The Mans.”

Avengers: Age of Ultron doesn’t open until May 1, but early projections already have it breaking some serious records at the box office.