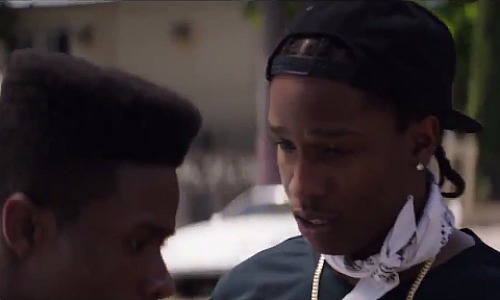 Watch the first teaser trailer for the critically accailmed film DOPE, Starring ASAP Rocky, Zoe Kravitz, and Tyga due out in theaters June 19.

A coming of age comedy/drama for the post hip hop generation. Malcolm is a geek, carefully surviving life in The Bottoms, a tough neighborhood in Inglewood, CA filled gangsters and drugs dealers, while juggling his senior year of college applications, interviews and the SAT. His dream is to attend Harvard. A chance invitation to a big underground party leads Malcolm and his friends into a, only in Los Angeles, gritty adventure filed with offbeat characters and bad choices. If Malcolm can persevere, he’ll go from being a geek, to being dope, to ultimately being himself.