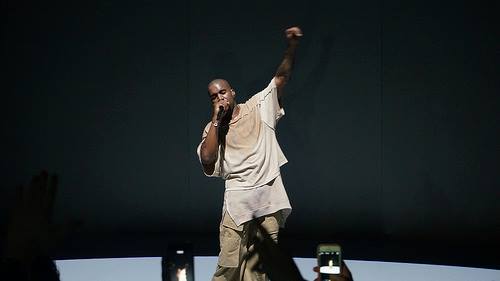 Kanye West is currently doing a string of surprise performances in Paris. Last night Yeezus had a pop-up show at Bernard Arnault‘s Fondation Louis Vuitton space, where they have a residency til March 10. It was here that Ye debuted his Steven McQueen-directed “All Day” video. Obviously Ye has a lot to be feeling himself about and last night while performing “Say you Will,” he started break-dancing/pop-locking mid way through the song.

Watch the 30 second clip below.

When you cheat on your test and your teacher is telling the scores: pic.twitter.com/iGFpqFqh8g