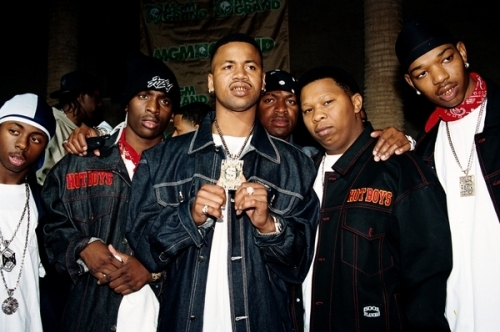 When many think of Cash Money records they think current day with Lil Wayne, Drake and Nicki Minaj. But during the late 90’s and early 2000’s Cash Money reign over the music industry was just beginning. Cash Money records has on 20 year run that many music labels would love to have. Today a 37-minute documentary about Cash Money’s rise in the mid-1990’s has surfaced on YouTube.

This weekend, a 37-minute reel of concert highlights, behind-the-scenes music video footage, tour bus antics and more, dubbed “The Lost Files From Cash Money Millionaires,” was uploaded by an unverified Turk account. In video we see fresh faced versions of Birdman, Slim, Mannie Fresh, Juvenile, B.G.and a baby-faced teenage versions of Lil Wayne and Turk. Basically a day in the life kind of documentary. “We’ll pop bottles, drink Cristal, fuck hoes,” starts Birdman as he describes a day in the life of him and his artists. “It was gravy watching those boys do their thing.” Most of the doc revolves around a Cash Money trip to Atlanta for a show.
Watch the video below.