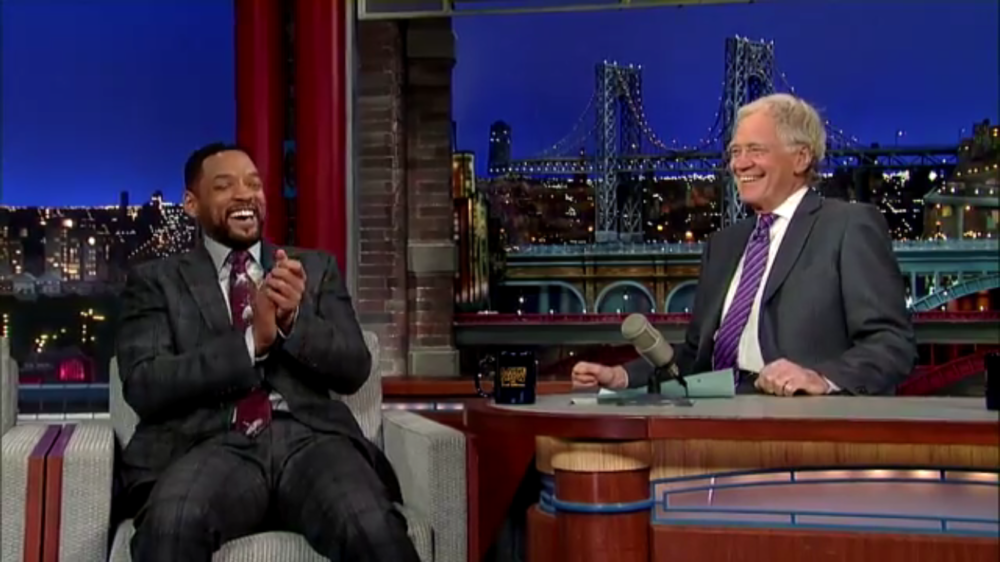 Whenever Will Smith is in promo mode for a new film we can expect lots of fun activity. Last night he paid a visit to the Late Show for his new film Focus. Before grabbing a seat, Will gives an impromptu performance of his 90’s hit “Gettin’ Jiggy With It” much to the crowd’s delight.

It’s also been reported recently that he’s been in the studio plotting an official music comeback and his son Jaden had some pointers.

“I’m not sure what I’m going to do yet but I’m exploring. I’m in a creative ceiling. My son tells me I have to write out the things I don’t like. I can’t write and stop, I have to keep going and going and write them out. I’ve never worked like that before but I think I might give that a shot.”

Watch: RetcH “F*ck Do You Mean”