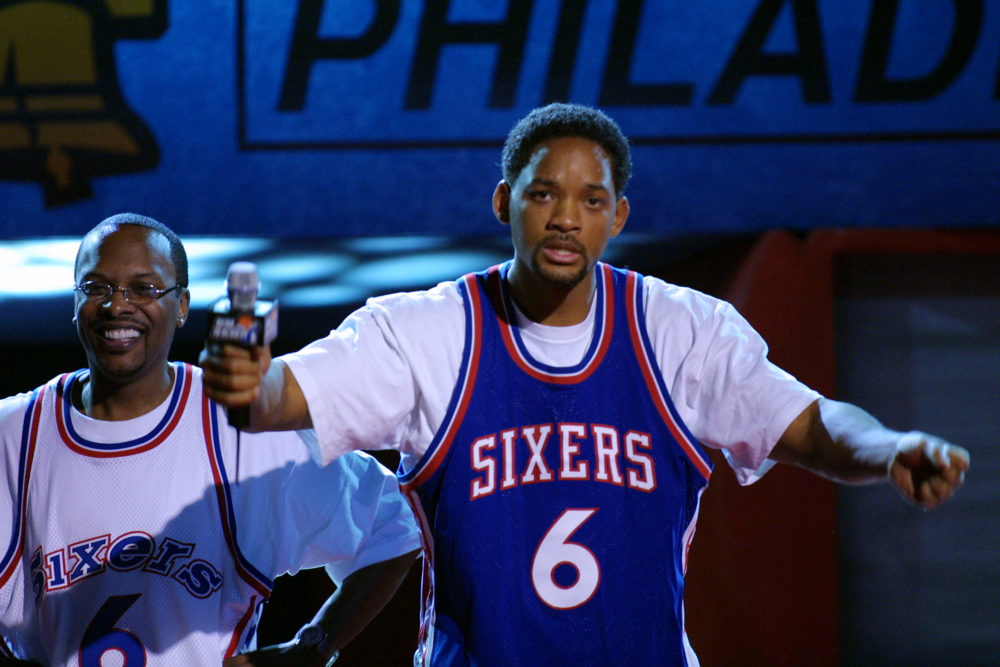 Will Smith, on right, and DJ Jazzy Jeff at the 2002 NBA All Star "Read To Achieve" celebration at the Pennsylvania Convention Center in Philadelphia, Pa. 2/9/02 Photo by Scott Gries/NBAE/ImageDirect

Earlier this week Will Smith dropped a new verse on the party single “Fiesta,” also while on Zane Lowe’s Beat1 radio show he revealed that he’s recorded more new music and that The Fresh Prince and DJ Jazzy Jeff, might be going on a world tour.

“I’m pretty much poppin’ in the studio everyday and I’m looking for artists to collaborate with,” Smith said. ” I’ve probably recorded 30 songs. I have six or seven that I really like.”

“Jeff and I actually have never done a full tour,” Smith said. “So this summer will be the first time we go out on a full world tour.”