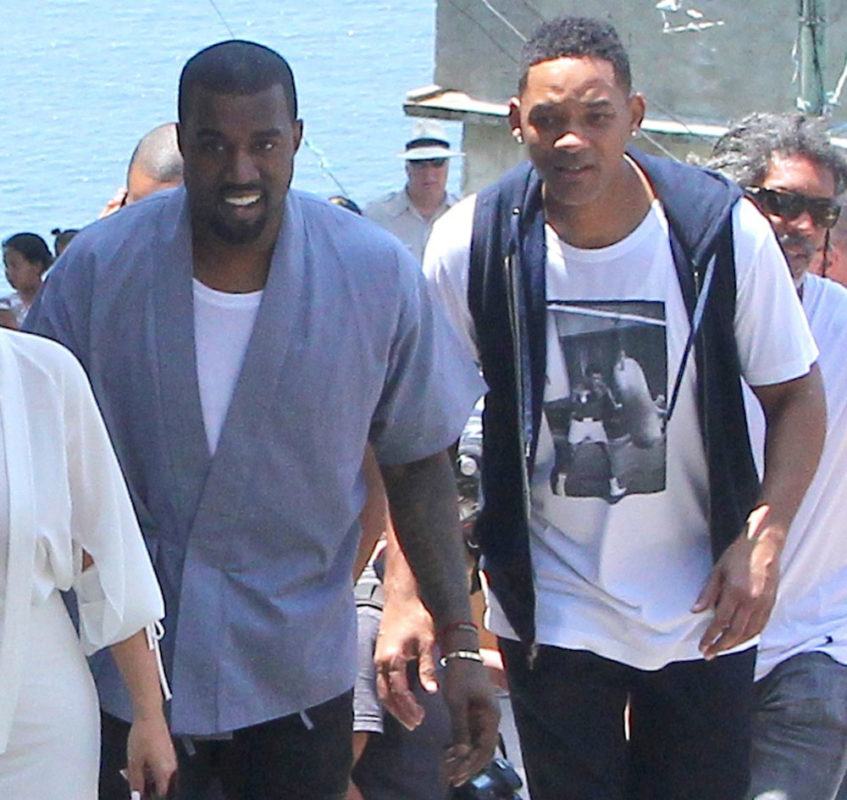 Kanye West is the topic of discussion for everyone these days, days after telling Ryan Seacrest that he had spent some time in the studio with Kanye, Will Smith tells Hollyscoop’s Diana Madison that he’s made several “explorative” numbers with the man called Yeezus.

While out doing his press run on the red carpet for his new film ‘Focus,’ revealed he’s recorded some with Kanye West, saying that although he “recorded a lot” with ‘Ye, there isn’t anything that really sticks yet. Will Smith estimated the number of songs they’ve already made at about “seven or eight,” while reinforcing that none of the music they’ve worked on together is “certain.” Will Smith has been slowly but surely plotting his return to music as of late, even going so far as to reach out to his son Jaden for advice.

Drake Breaks Record With 21 Current Songs on the Billboard Charts