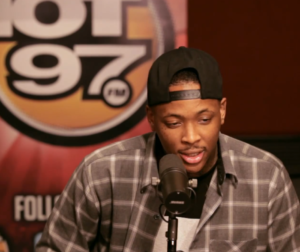 The Bompton Native YG 400 is on his album promo run this week and he stopped by NYC’s local hip-hop radio station Hot 97 to talk with Angie Martinez and later give Funk Flex a freestyle. In the video with Angie you can tell YG still is uncormformtable with doing radio interviews and is a little shy. During the interview he talks his early experiences performing in NYC before his hit single “My Hitta” blew up, His relationship with DJ Mustard and His Krazy life (No Pun In tended).