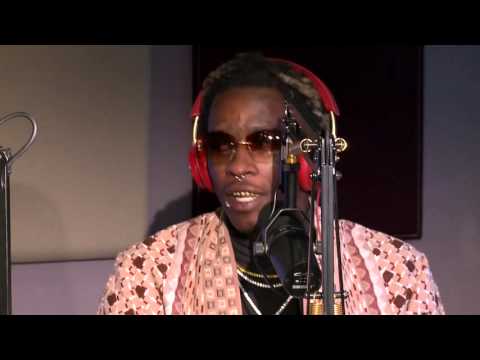 Young Thug has been in rare form as of late. After appearing on Sway in the Morning earlier this week, Thugga sat down with Angie Martinez at Power 105 to talk about his upcoming projects. He reveals he has worked with Kanye a lot and although the Atlanta rapper has been hesitant to reveal much, he finally discloses that he’s done about 40 songs with ‘Ye — “way more” than an album’s worth of material.

In the interview, he also talked about his suspected beef with Lil Wayne, saying he was very saddened by the misunderstanding. Listen below.