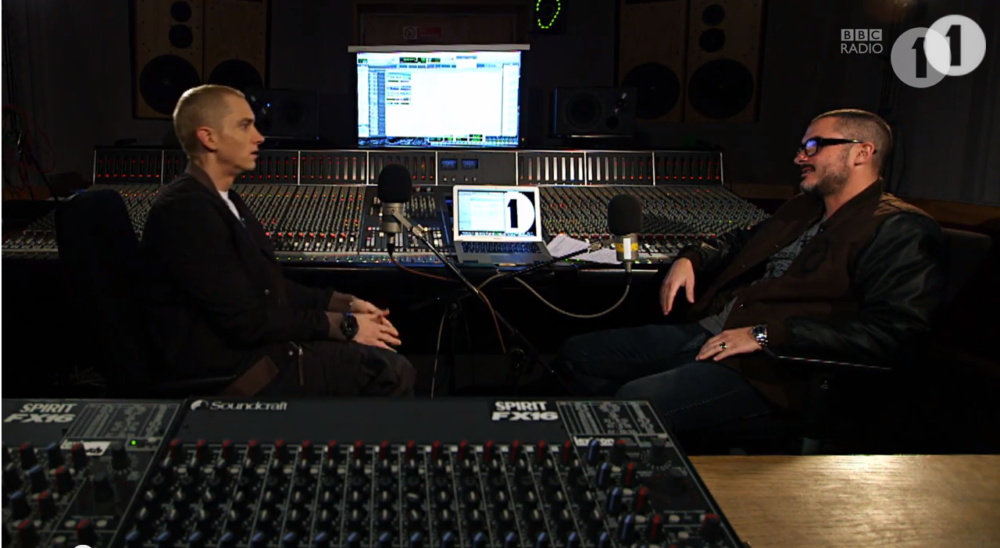 In a year that’s seen him cover highly publicized interviews from the likes of Jay Z and Kanye West, Zane Lowe rounds off the year in a sit down with Eminem. The rapper touches on the making of The Marshall Mathers LP 2, working with Rick Rubin, and much more. Part II of 4 will be arriving tomorrow.

Update: In part 2, Em discusses his fame, hip hop, sobriety, and much more.

Update: In Part 3, Em chats about working with Kendrick Lamar on “Love Game,” his “Headlights” track about his mom, how his Bad Meets Evil EP influenced MMLP2, and more.