It looks like Kanye West’s ‘Wolves’ could undergo more changes. Cashmere Cat, who is responsible for producing the track, had a Snapchat of him playing a new version that features Drake and Björk. According to the folks at KanyeToThe and Complex, Drizzy was originally supposed to sing Vic Mensa’s part. Drake has already been credited as a writer for ’30 Hours’ and ‘Facts’ on The Life of Pablo. Would truly be something special to hear Björk working aside Kanye West. If this is true, the song will feature Caroline Shaw, Vic Mensa, Sia, Frank Ocean, Drake and Björk. Check out the screen shots below. 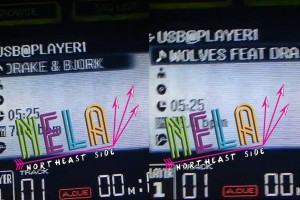