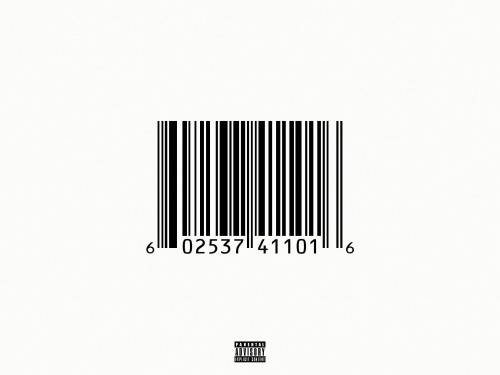 “It’s Mother F*cking Pusha T!” is what Kanye West screamed out during his “Everything is Pusha T Rant,” at the album listening session in Manhattan’s Meatpacking District. Ever since joining the G.O.O.D. music fold 3 years ago, Kanye has been telling anyone that will listen how much he believes in Pusha T. It’s almost reminiscent of what Puff was doing with Shyne in ’99 just as King Push recounts on the Cruel Summer track “New God Flow.” The brash and confident super producer helped polish the rugged street rhymer with incapable potential, but it should be noted Push was a successful artist before Kanye saw success as an artist himself. That of course is a nod to Pusha’s days as one half of Clipse; a group formatted with him and his brother Malice. However as a solo artist, he needed a hands on producer like Kanye because with out one, he finds it difficult to find his proper footing on tracks. After three solid mix tapes King Push has proven he can hold his own without his older brother, and so we get the long awaited effort My Name is My Name.

The album has Kanye’s fingerprints all over it but he doesn’t utter a word lyrically. On the introspective “Hold on” which features Rick Ross, it’s quite obvious the auto-tuned scatting ‘Ye contributes could’ve been left over vocals from his own album sessions. Many of the same elements of minimal darker sounds that Yeezus had, can be found all over MNIMN. It’s evident in the pulse-pounding opener “King Push,” which has similar drum patterns to that of “New Slaves,” but takes on a grittier feel. The album offers it’s share of trap records he’s become synonymous for, like “Numbers on the Boards” and “Nosetalgia,” which features a scene-stealing verse from Kendrick Lamar. But R&B artists get their shine too, with The-Dream contributing on the mellowed “40 Acres,” and Chris Brown’s catchy chorus on “Sweet Serenade” respectively. The Kelly Rowland assisted “Let Me Love You” is also a stand out with a Ma$e flow so uncanny, you’d look for his name in the album credits.

Elsewhere, Push leans on his G.O.O.D. Music affiliates 2 Chainz and Big Sean for a potential club banger in “Who I Am,” which is a smart move on Pusha’s part considering these two currently get constant rotation on the night scene. But the ultimate highlight comes in the form of “S.N.I.T.C.H;” with Pharrell on the chorus, the track gives one of the more realistic aspects to the consequences of drug dealing, and also quickly serves as one of hip hop’s better acronyms (Sorry N*gga I’m Tryna Come Home). The song is said to actually be based off true events that happened with a former child hood friend of Pusha’s.

Whether he lived up to the hype and delivered with his debut album is debatable. He was obviously going for that Reasonable Doubt and Only Built for Cuban Linx feel, but falls short considering that he’s rapping like a new comer which is unfortunate because he’s 30 plus, and has been in the game for over 10 years now. There’s two reasons Kanye speaks up for him the way he does, and it’s because Pusha really did help usher in plenty of trends and shouldn’t be as modest as he is. The other reason being he’s genuinely a fan of his, and wants him to step up. This far into the game, Pusha shouldn’t need direction, but he does. When he burst on to the VMA Stage in that salmon colored suit with Kanye to perform “Runaway”, I was optimistic to see how his solo career would pan out. Fast forward to now, and he’s still not rapping like a man with the mileage of a veteran. Overall it’s a good enough introduction to Pusha as a solo artist, but doesn’t tell us much. Pusha proclaimed that he had rap album of the year and although I would respectively disagree, My Name Is My Name does deliver on the excitement of Pusha and Ye’ linking up. That will have to be enough for now.