Following its premature leak online yesterday, today the official Batman v Superman: Dawn of Justice trailer has been released. If you managed to catch it yesterday, this one is just a higher quality version of what you’ve already seen.

Of course it’s a teaser, so it leaves much to the imagination. We do get a first look at Ben Affleck’s gritty take on Batman, and what may just be the beginning of his epic showdown with Superman (reprised by Henry Cavill).  The trailer wasn’t expected to debut until April 20 during a much anticipated IMAX event at select theaters. Director Zack Snyder confirms those attending the event will not only get the version of the trailer circulating online, but additional footage has been added. The countdown has begun. Batman v Superman: Dawn of Justice will hit theaters March 25, 2016. 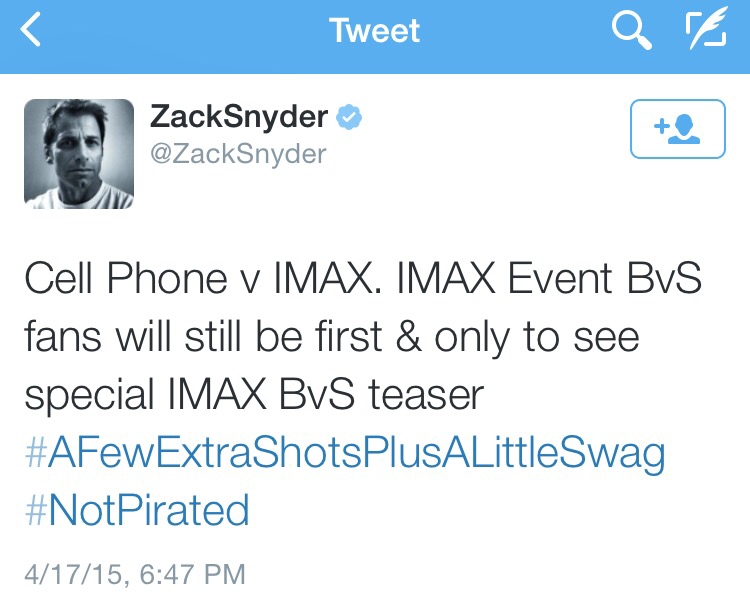 Listen: Fabolous “Been Around The World (Remix)”