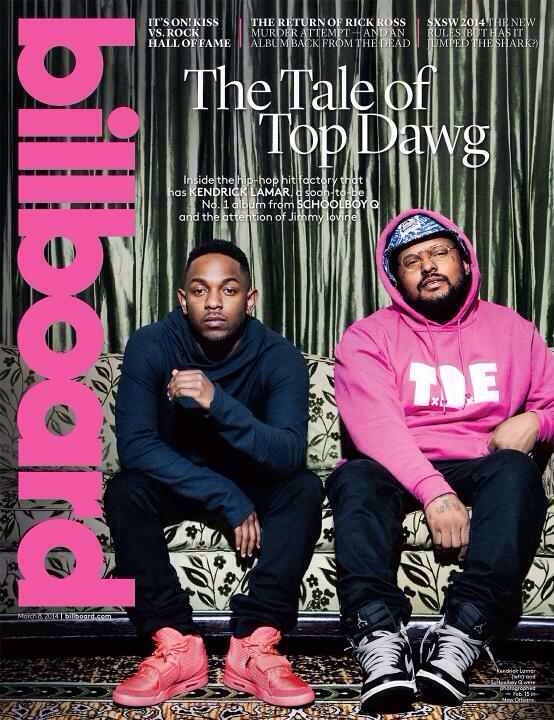 TDE’s top two MC’s grace the cover of Billboard’s latest issue. At the top of the year, CEO Anthony “Top Dawg” Tiffith promised six projects from his crew this year and so far we’re off to a good start.

We have already heard two, with Isaiah Rashad’s Cilvia Demo and SchoolBoy Q’s debut album Oxymoron (which is reported to be number 1 on Billboards top 200), so thats two down four to go. In the article Tiffith indicates that K. Dot’s upcoming LP will arrive in September and long-awaited Black Hippy album is “likely” to see the light of day this year.

In 2014, TDE hopes to lock and load its most ambitious slate of releases: Rashad and the label’s first nonrap signing, New Jersey-based female singer-songwriter SZA, will be coming with albums, as will original team members Jay Rock and Ab-Soul. Meanwhile, Free thinks the long-awaited debut from Black Hippy – the supergroup featuring Lamar, Q, Rock and Ab-Soul – is likely to appear in 2014; Tiffith indicates that TDE is planning to release a new Lamar album this coming September, too.