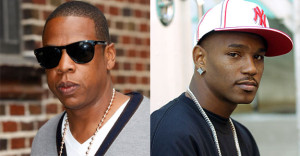 We all know Jay Z isn’t shy about letting us know the amount of money he is able to make himself and others. So his verse on the Drake track “Pound Cake” was no surprise, when he mentioned some of the names of the people he’s made millionaires or helped along the way. Recently Killa spoke with Miss Info to clear up what Jay said in the verse and to clarify that his response on his freestyle over Jodeci’s come and talk to me track off his new mix tape “Ghetto Heaven” was not a diss.

Below are a look at both verses and his interview with Miss Info:

Cam’s Response: “She said Jay made you a millionaire and looked me in the eyes/Said cake, cake, cake, got that from the pies / We made each other millions, that was my reply / But had a mill before I met him, baby, that ain’t no lie/See he named some Harlem cats and homie from the Chi/but my thing is he ain’t name nobody from the Stuy”

Think Cam makes a valid point? Watch the clip below.