Chance The Rapper’s star has been on the rise since the Chicago Crooner/rapper burst onto the scene in 2011. Recently while sitting down with GQ Chano revealed his follow up has Frank Ocean, André 3000 and J. Cole confirmed.

His subsequent guest appearances — nasally breathless, startlingly precocious — gained the attention of artists like Frank Ocean, J. Cole, and André 3000, all of whom will appear on his yet to be named debut LP.

Read the full interview here, in which Chance talks about his ambitions for The Social Experiment and bringing theater back to live music. 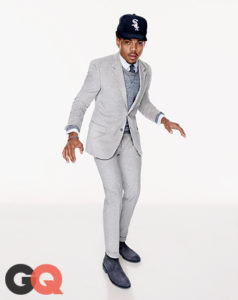