The role of Tupac in All Eyez On Me is played by Demetrius Shipp, Jr., according to reports from TMZ and Instagram posts from the film’s set.

The celebrity news site says that Shipp’s father worked in the music industry and met Tupac when the actor was a child.

Producer L.T. Hutton asked Shipp to take the part in the Morgan Creek film because of similarity in appearance to the West Coast Rap legend. Shipp took acting classes four times a week to prepare for the role.

Actor Hill Harper also wrote about Shipp getting the role on Instagram.

All Eyez On Me is directed by Benny Boom.

View a side-by-side of Tupac and Demetrius Shipp, Jr. via TMZ as well as the various social media posts below: 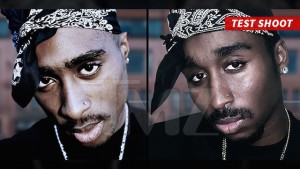 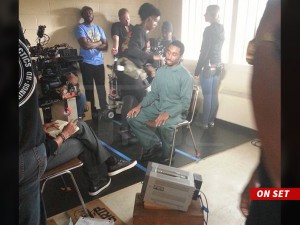