After Coachella announced their line up for their 2015 festival, the Governor’s Ball follows suit today with a stellar line up of their own. You’ll notice that In addition to headlining Coachella, Drake has also been tapped to headline this show as well.

The Governor’s Ball will take place from June 5th to the 7th at Randall’s Island Park, New York City. Tickets are on sale now. Full line up can be found below. 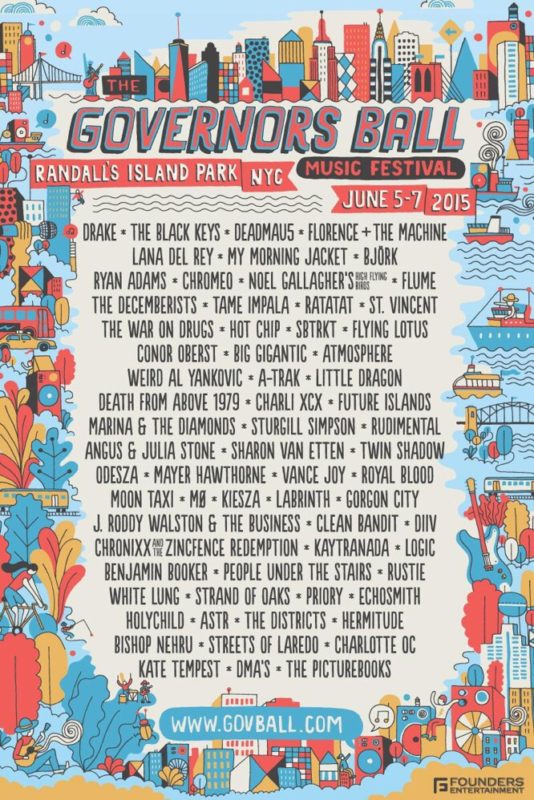