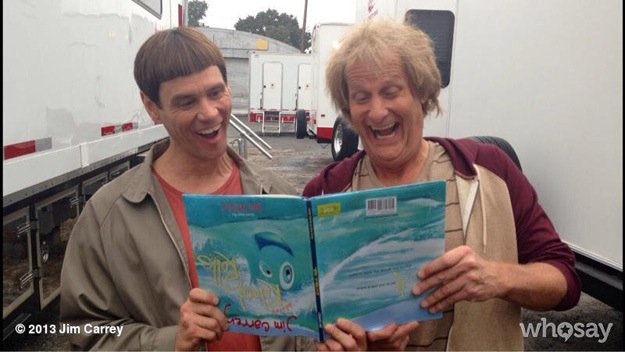 Don’t look now, but Lloyd Christmas, and Harry Dunne are making a return! That’s right Jim Carrey and Jeff Daniels are set to reprise their roles from the 1994 cult classic Dumb and Dumber. Today, Jim took to twitter to promote his coming children’s book How Roland Rolls, and shared the above photo with the caption:

“How Roland Rolls comes out TODAY but it may be a little too sophisticated for Lloyd and Harry! Yep… THEY’RE BAAAAA…”

It’s been almost 20 years since the original film by the Farrelly Brothers hit theaters. Do you think they’ll still possess the same comedic gold? The film currently has a 2014 release planned, and just began filming today. Check out more photos from the set of Dumb and Dumber To below. 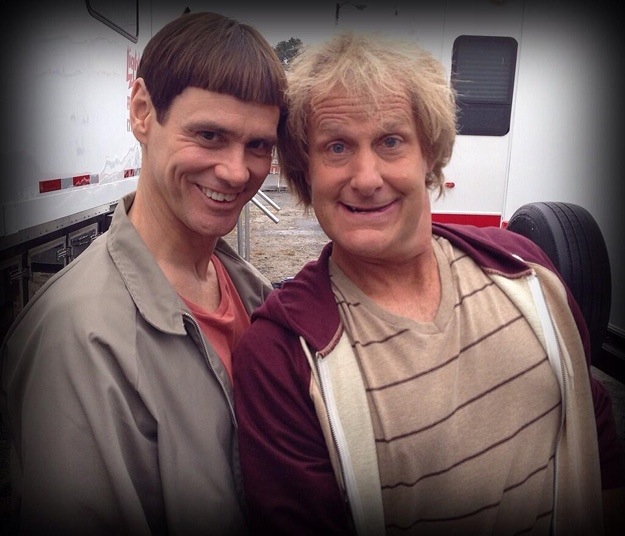 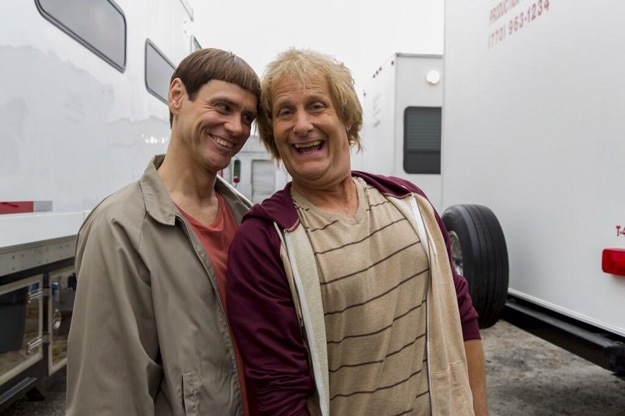 BONUS: Here’s the original trailer from the 1994 comedy below:
http://youtu.be/q0zGXZa2dG0

A Look at the BBC Black – Fall/Holiday 2013 Collection