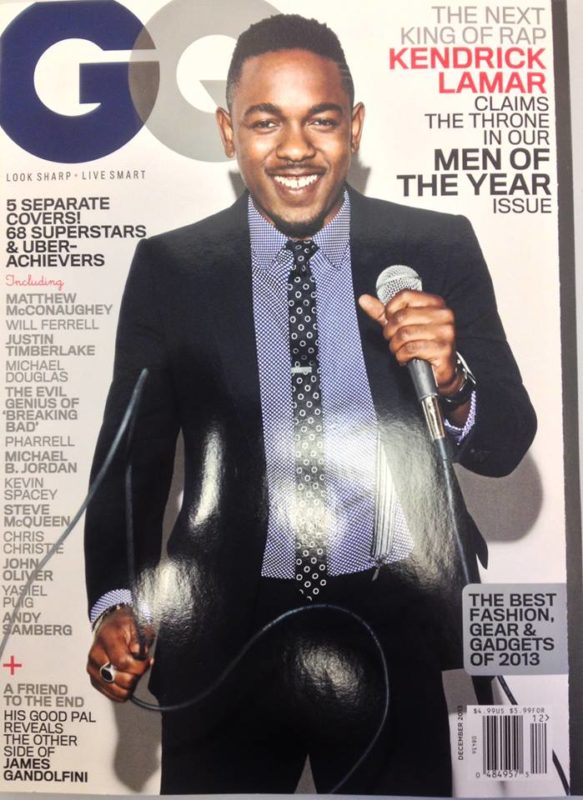 No doubt in the rap world that it’s been Kendrick Lamar’s biggest year. And GQ seems to have taken notice, as they’ve crowned him as one of the coveted Men of the Year for their new issue. K Dot dons a sleek tailored suit, holding a microphone, flashing a winning smile. After endless headlines this past summer with his “Control” verse, Kendrick addresses to the mag that despite how Drake took the verse they’re “pretty cool” as he puts it, but adds “I mean, I would be okay if we weren’t.” Read the rest of the interview from the issue when it hits newsstands in December.