It’s been nearly two years since the 22-time Olympic medalist decided to step down from competitive swimming. Phelps’ return from retirement comes just in time to possibly qualify for a spot at competing at the 2016 Rio Olympics. Michael Phelps longtime coach, Bob Bowman, told press that we shouldn’t get too excited just yet, because it may not be a “full-fledge comeback…I think he’s just testing the waters a little bit and see how it goes.” So far since his return to training, he’s re-entered the U.S. drug testing program and completed his 6 month waiting period to be eligible for competition by U.S. Anti Doping Agency. They say he’s still not at top shape, but they’re putting him through the training of his life Monday to Friday at their training facility in Baltimore, Maryland.

Columbus Short in Quite the ‘Scandal’

Scandal star Columbus Short has received not only a restraining order, but also divorce papers from his wife after allegedly trying to kill her. She reported to police, “He placed the knife close to my neck and threatened to kill me and then kill himself.” This coming only a few weeks after getting arrested for his alleged involvement in a bar fight in Los Angeles which led to the victim being hospitalized. His anger seems to get the best of him and this isn’t his first incident. In February he plead not guilty for spousal battery over an argument he had with his wife in public while in front of their two kids, and in 2010 he was accused of breaking a man’s jaw during a basketball pick-up game. His wife, actress Tuere Tanee McCall, filed for divorce under irreconcilable differences and is seeking sole custody of their 2 year old daughter. Thanks to the strong Walker genetics, Paul Walker’s brothers will be filling in for him in certain scenes on the latest installment of the Fast & Furious series. Due to the actor’s untimely death during the production of Fast & Furious 7, the film was forced to a halt for an uncertain amount of time, leaving the producers and directors with quite a problem. They updated their fans via Facebook stating,“We had to take time to grieve Paul, the brother we love and lost, and to figure out if we should move on with our fill.” With that, they decided to resume shooting. “And now welcome Paul’s brothers, Caleb and Cody, into our ‘Fast’ family,” the post said. “Caleb and Cody are helping us complete some remaining action for their brother and fill in small gaps left in production. Having them on set has made us all feel that Paul is with us, too.” Some may not have agreed with the decision, but they believed that this is what the fans would want and that “it will allow the character of Brian O’Conner to live on and let us celebrate Paul in his most defining role.” The movie was to have been released this summer, but Universal pushed it back to April 10, 2015. 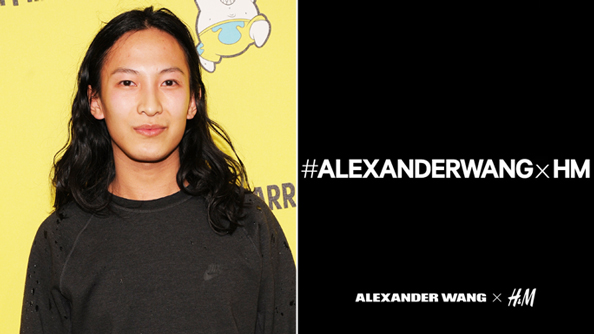 On April 14 during a party at Coachella hosted by H&M and Alexander Wang, H&M’s creative director announced that their next high fashion designer collaboration will be with the ultra stylish designer Alexander Wang. The announcement was given after guests were invited to two separate parties, that had separate entrances, but to the guests surprise led to the same location. Wang will not only be the youngest, but first American designer that the company has collaborated with since ten years ago when they started their capsule collections. Wang will design collections for women and men. They will be sold in 250 H&M stores worldwide, and online starting November 6, 2014.

Good news for Division I Student athletes, “Today the NCAA Division I Legislative Council approved a rule allowing Division I programs to grant all of their athletes unlimited meals and snacks. The rules change will not be considered final until the NCAA Division I board of directors meets on April 24. As it currently stands, NCAA Division I programs are allowed to provide scholarship athletes with one training table meal per day. A cost for the training table meal is deducted from the amount of money those athletes receive to purchase food plans or other food with. Walk-on and non-scholarship athletes may participate in training table meals, but must pay to eat them”, according to Forbes. All thanks to Shabazz Napier, who’s a star player for the University of Connecticut Huskies. If it wasn’t for Shabazz speaking up during a press conference after winning the NCAA National Championship game. “Sometimes, there’s hungry nights where I’m not able to eat, but I still gotta play up to my capabilities”, Napier explained to the press. In this day and age where colleges rely heavily on their athletes to bring home championships to endorse their schools and help make their names known, you’d think they’d get treated a lot better than this, considering they don’t get paid for it. Although this proposal for a new meal plan for athletes has been brought to the the NCAA governance system since 2012, it’s only now, coincidentally that it seems to be taking effect. Hopefully this is just one of the many changes that will take effect in the future for college athletes. 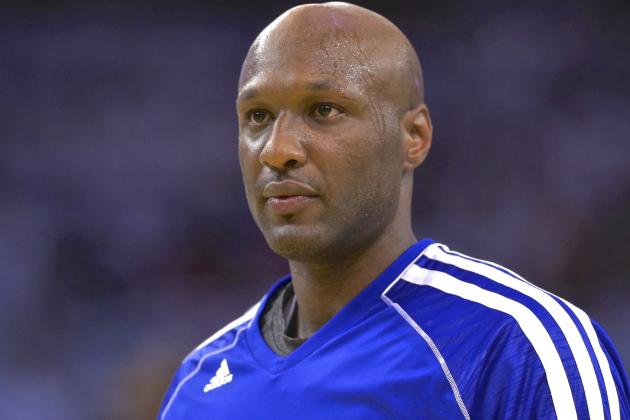 Lamar Odom, who seems to be more notoriously known now for his marriage to Khloe Kardashian and his crack cocaine drug addiction rather than for playing in the NBA, is no longer a free agent. He was without a team and left deserted all season, and the only court time he saw this season was for two games overseas in Spain. It’s unclear as to if he will play for the team officially, or if it’s just for practice to see if he still got it. Either way, I’m sure he’s grateful for any offer at this point. At least he’s lucky enough to play for his hometown, let’s hope he makes them not regret it.