Today while being nosey on twitter I kept noticing everyone retweeting a track coined “White Iverson” by a white guy name Post Malone, I gave the track and listen and the melodic track is F**king amazing! The track dropped last night and has been gained steam through out the day. The Texas native barely has 500 followers his twitter of Soundcloud but after Complex and a few other blog’s post the track i’m sure it will change for sure.

It seems like just about everyone on Twitter is talking about Post Malone and his new single, “White Iverson.” And for good reason—the kid has talent. There’s not a lot out about Malone, but he might just have a hit on his hands with this new track, which features a little bit of singing, a little bit of rapping, and a whole lot of swag over the tranquilizing FKI production. Thanks to some extremely catchy crooning, Malone transforms into the white Allen Iverson, as he mixes in punchline after punchline about partying with women, doing drugs, and name-dropping NBA players. The hook alone is a treat, as Post Malone masterfully sings, “White Iverson, when I started balling I was young, you gon’ think about me when I’m gone, I need that money like the ring I never won.”

With only 406 followers on Twitter, and one other song on his Soundcloud page, Post Malone is virtually unknown right now, but that doesn’t change the fact that “White Iverson” might be the hardest song released in 2015 so far. Check it out below. 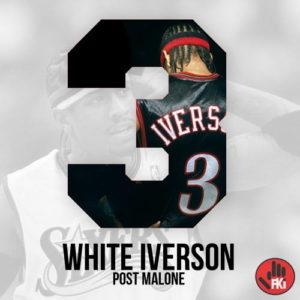 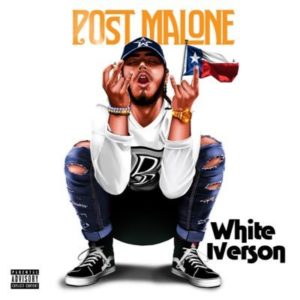 Are Kanye West, Damon Dash and Q-Tip Making Films Together?