After April 30, 1992, TV sitcoms were about to make a transition. The Cosby Show hit the finish line on that day, after 202 episodes, and years of critical acclaim and accolades. The show seemingly set the standard for sitcoms that would follow, and was leaving behind a void. But as Cosby himself told Jane Pauley on Dateline NBC ahead of his series finale, he’d ran out of everything he wanted to say with the Huxtables. Sure, Cosby’s legacy has taken a backseat to his current legal woes today, but this was 1992—a year in which he was so dominant, rumors ran rampant of Cosby trying to buy NBC. But America’s favorite sitcom fixture at the time was about to see his brand of comedy challenged in raunchy style. 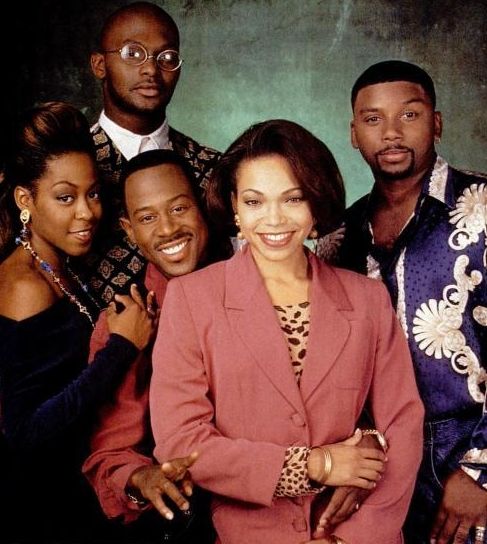 Martin premiered on FOX August 27, 1992. Ahead of its debut, an eager, fresh-faced Martin Lawrence appeared on the Arsenio Hall Show, where he beamed with excitement. Lawrence talked about working with Eddie Murphy on Boomerang before plugging his sitcom that was debuting later that year. “We lookin’ to have fun and make you laugh every week. It’s fresh, and we comin’ at you,” he said. Set in Detroit, the show focused on Martin Payne—a Detroit radio/television personality—and his relationships with his girlfriend, Gina (Tisha Campbell); her best friend, Pam (Tichina Arnold); and his two best friends Tommy (Thomas Ford) and Cole (Carl Anthony Payne), as their lives played out in the most candid and humorous way possible. Martin was immediately recognized for its portrayal of black love, and its relatable nature. It also served as Lawrence’s launching pad to showcase his ability to play multiple characters; “What’s the matter? You can’t call nobody!?,” he’d scream as former pimp Jerome; or he’d rock a baldy, a red dojo getup, and black belt for his portrayal of Dragonfly Jones, the kung-fu master that could never seem to win a fight. 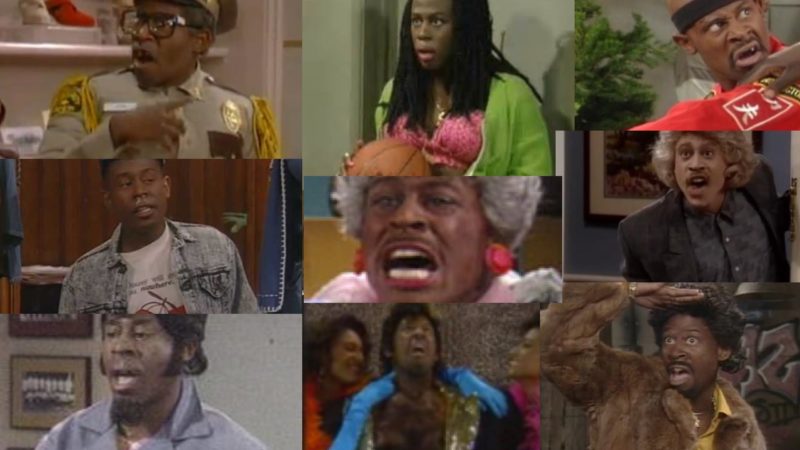 In total, Lawrence played nine characters on the show, but there was one he was particularly proud of. “It’s the around the way girl,” he told Arsenio of his character Sheneneh Jenkins. “The girl that just knows how to coordinate everything they wear. And with much attitude,” he added before delving into the soon-to-be iconic impression of the character. Despite the laughs Sheneneh received, executives were initially baffled. “What is she anyway—a transvestite?” they asked. “I had to fight to keep her in,” Lawrence told VIBE in April of ’94. By then, his show was already a hit, but with the success came plenty of criticism.

“Sam Malone wants to bone every woman that comes into Cheers, and he’s a national hero. Why is it they only expect black characters to act like role models?”

Martin was averaging up to 8.6 million viewers a week. At the time, FOX was also equipped with Living Single, In Living Color, and New York Undercover—all acclaimed shows that helped drive them to prominence in the 90’s, but the network was being criticized for reinforcing black stereotypes. “Martin is the apotheosis of the sex-obsessed homeboy shucking his way to nowhere,” one Newsweek writer embarrassingly critiqued, despite the fact the show’s main character held a well-paying job along with his love interest, Gina, who was a marketing executive. Reviewers couldn’t seem to grasp how a sitcom could go as far as to explore the sex lives of a happy couple in a relationship. It was a far-from-tame depiction at the time, but an honest one. In the 1993 season two episode “Whoop There It Ain’t,” which is one of my favorites in the series, Martin and Gina bet each other that they can live without sex for two weeks to prove that their relationship is based on love. The hilarity lies in how they go to great lengths to tempt one another—Martin answering the door in a silk robe, lathered in baby oil, and Gina stopping by, donning his favorite blue dress. They succumb to each other, but prove their temptations are healthy for their relationship. LA Times wrote this particular episode off, as “a new low on the taste meter,” adding, “So now we’ve nixed the rules, making it alright to single out black males as mindless sex machines?” 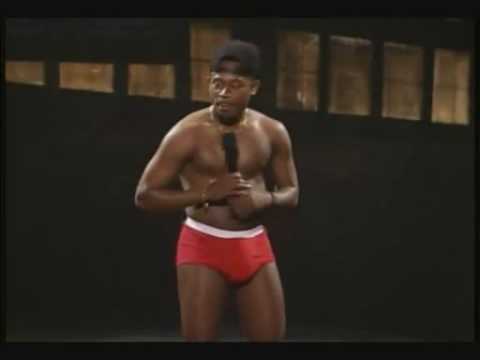 Lawrence was no stranger to “controversial” comedy, as evident from his 1-year stint as host of Def Comedy Jam. From taking the stage in his underwear, to cracking jokes on famous friends in the crowd, he always went the extra mile for the laughs. “I’m not inciting violence or racism or anything negative. I’m just making you laugh,” he told LA Times in ’94. The interview came just weeks after his controversial monologue on Saturday Night Live—so controversial, Lawrence was barred from NBC, following almost 200 complaints from viewers. “I haven’t done anything wrong, so I don’t need to apologize to anybody,” he told The Times. “I’m a comedian, and I make people laugh. My fans know me, and they’re not surprised by anything I say.” With Martin, Lawrence knew he had to fine-tune his raunchy humor, but he needed the creative freedom, and the network wasn’t budging initially.

“‘This is at 8 o’clock—what about the kids?’ I’m like, ‘Hey, people know Martin. They ain’t surprised by this shit.’”

”I have to fight and fight to do the Martin show my way,” he told EW at the time. ”You can’t say this, you can’t say that. You’re only allowed two asses a show, one damn.” However, once FOX saw the numbers they were bringing in, they had no choice but to step back and give him more space creatively. Lawrence had considered leaving the network if another deal came to the table. At this point of the show’s success, he still hadn’t even met the network chairman, and for what his show’s success did for them, this made him feel slighted, and rightfully so. 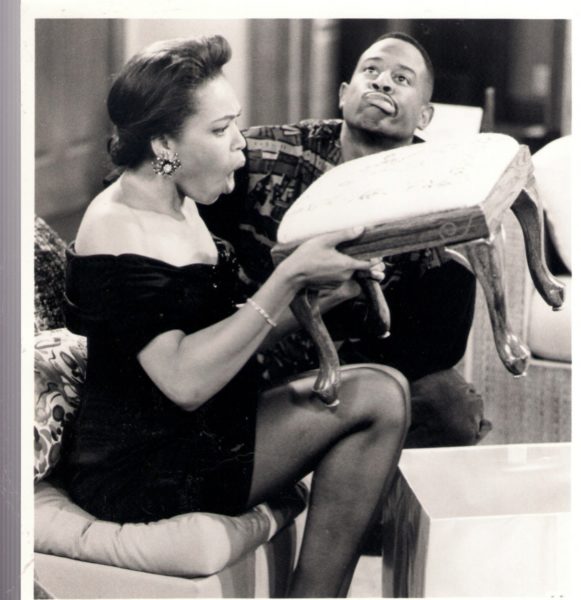 “The one thing I’m most proud of with Martin is that it shows a black man loving and respecting his black woman.”  —Martin Lawrence, VIBE ’94

Martin was also a staple in our culture for unfiltered takes on relationships. Take episode four in season one for instance. Titled “Boyz R Us,” the episode focused on Martin having to cope with the fact that Gina made more money than him. “You know what they say about a man whose woman makes more money than him, babe? That I’m weak, I’m a punk, I’m nothing, I’m crumbs on the table, Gina!” he cried. Though comedically exaggerated, it was a relevant subject that, until this day, still challenges the male ego.

When it came to embracing Hip Hop culture, the show did its best, and at the height of its popularity. Kid from Kid N Play making a guest cameo in season one’s “Forever Sheneneh” episode was a huge deal at the time, considering he had a previous history with Martin and Tisha Campbell when they starred together in House Party. Throughout the show’s run, we also saw cameos from Notorious B.I.G, Outkast, Snoop Dogg, and Method-Man, to name a few. For A Different World, The Fresh Prince of Bel-Air and Living Single, all to be on-air around this time, with similar audience appeal, this helped Martin stand out amongst other giants. 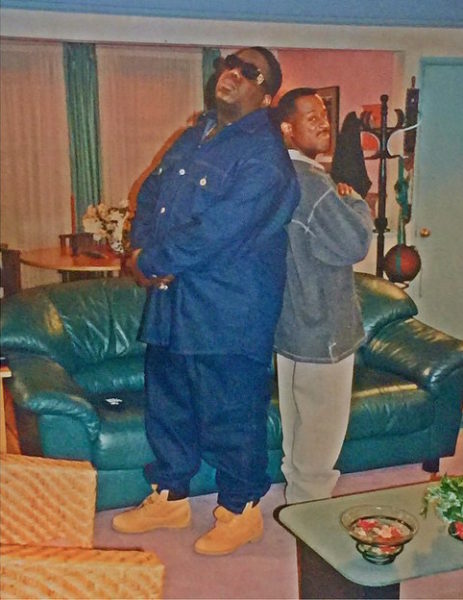 Bill Cosby directly attacked shows that pushed the envelope in comedy. Fed up, Martin provided a swift comeback that would foretell The Cos’s future in the business as we knew it: “For all his clean, wholesome, Jell-O pudding, I-ain’t-never-done-no-wrong image, they still didn’t let his ass buy NBC, now, did they?” Martin not only catapulted because it was hilarious, but it also embraced the main characters’ imperfections. It was a complete 180 from the stability The Cosby Show depicted before it.

Unfortunately, the show infamously went on to have a botched fifth season in 1997. There were serious allegations of sexual harassment filed from Tisha Campbell against Lawrence and the show’s producers. Campbell deemed working conditions “intolerable,” and left the show temporarily. She’d return under the condition  that she not have scenes with Lawrence, which in turn gave viewers some weird storylines to live with, such as Pam pursuing a career in the music business, or Gina being off in LA for business. The final episode aired May 1, 1997. 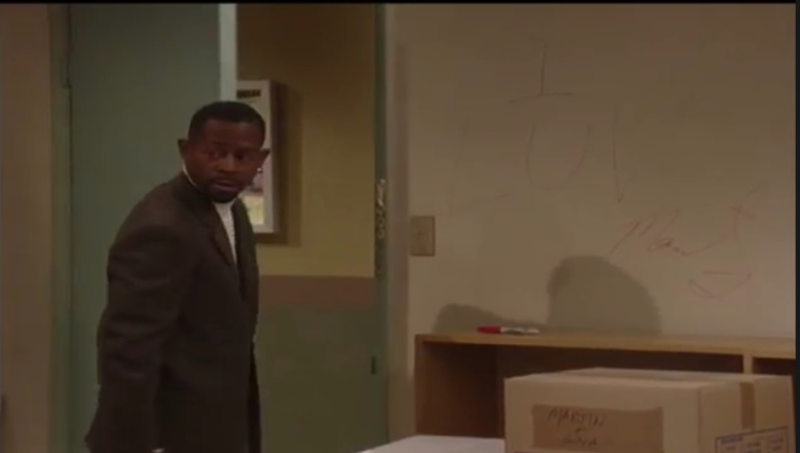 “The audience didn’t just laugh, but it’s how they laughed,” Lawrence  told EW in a recent interview celebrating 25 years of the sitcom. “They weren’t only laughing, they were stomping and roaring. Just to feel all of that energy we were getting was beautiful.” The unfortunate death of Tommy Ford in 2016 reunited the cast, but don’t expect a full-on Martin reunion. “We had a loss with Tommy Ford. And it wouldn’t be the same, so that would never happen,” he said. But today, the show still lives on through syndications, merch, and being referenced by some of today’s biggest musicians (SZA, Chance The Rapper, Big Sean). They were going for laughs and ended up shifting culture, challenging the times, and immortalizing a green leather sofa in the process. No easy feat.