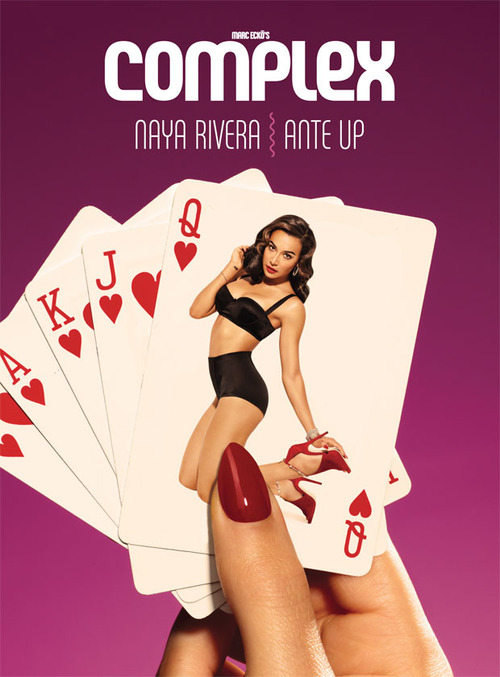 Glee star Naya Rivera who is currently dating Big Sean,  graces this month’s cover for Complex Magazine. In it, she speaks candidly of how unfamiliar with his music she once was.

“I knew songs like ‘As*’ because it was huge, but I never knew what he looked like. If I ran into him, I wouldn’t have known who he was. I was with my brother at his senior game in Tennessee and we were in his car going to get dinner. He played ‘Mula’ from Sean’s mixtape and I was like, ‘What is this song? Who is this?’ And he was like, ‘This is Big Sean.’ I said, ‘This is awesome, where do I get this?’ It took me forever to get the music from my computer to my phone. I ended up randomly meeting him. I told him that story the other day and we were still cracking up.”

The August/September 2013 issue is now available for pick up at newsstands.