As we exit the second term of the Obama administration. it seems America is in turmoil. We will miss “Barry-O” sitting in the highest seat in the nation. Thanks to Netflix, we will get a chance to see the beggining states of our 44th presidents path to greatness. Netflix releases the full trailer for “Barry,” a biopic on America’s first black president, as a 20-year-old college student attending Colombia University in New York City. 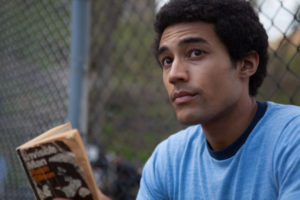 The movie, set to debut on Netflix on Friday, Dec. 16, Staring actor Devon Terrell as the young Obama arriving at Columbia University in the fall of 1981 to begin his junior year — a pivotal moment in his life that laid the foundation for his views on race, government, and what it means to be an American.