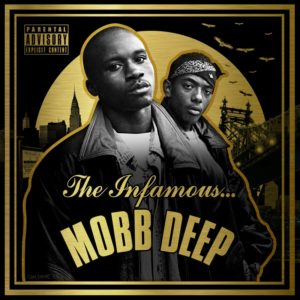 P and Hav are returning with their first LP in 10 years, “The Infamous Mobb Deep” is due out April 1, and here is the second single off the album “Say Something.” !llmind produced the haunting track and if you’re a real hip-hop head you’ll instantly recognize the snares from Biggie’s “What’s Beef,” Prodigy and Capital H are proving 90’s rappers can still be relevant in todays modern internet era. “The Infamous Mobb Deep” album has some impressive features Nas, The LOX, Busta Rhymes, French Montana and Snoop Dogg, lets see if the legendary group can still deliver after the 10 year hiatus.

Lil Boosie Says He Has 15 Songs Recorded Already, Including Songs With Jeezy