Fresh out off the town that EPMD built, Brentwood, Long Island’s own GoodMorning releases the video for the record “Tradition”, a bonus track of his most recent EP “IV Play” released just this past summer. The track was featured on Late Night with Peter Rosenberg on multiple occasions and was a hit, live at S.O.B.’s. 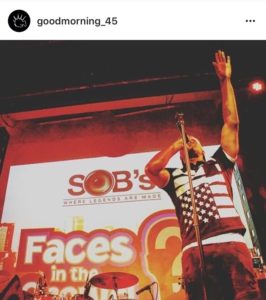 The song “Tradition” samples the The Charmels “As Long As I’ve Got You”, a song that was previously samples by the RZA for Wu-Tang Clan’s “C.R.E.A.M.”. As an ode to the shaolin legends, the video begins with a sample of Gladys Knight’s voice saying “You know, everyone’s talking about the good ole days”, a sample once used on Wu-Tang Clan’s “Can It Be All So Simple”.