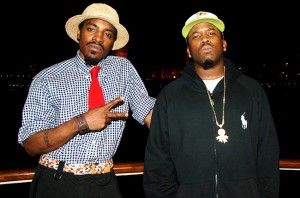 It has been confirmed as reported by Billboard , Big Boi and Andre 3000 are reuniting to grace the stage together again after a seven year hiatus. The Mighty O has been in talks to perform at Coachella 2014. Apparently through the talking, the legendary group decided to get back on the saddle and tour again. Hopefully a new album is on the horizon as well.

“Eastbound & Down”: A Much Needed Breakdown of The Finale