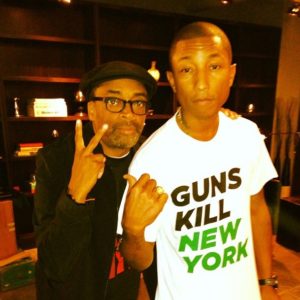 Spike Lee sits down with Pharrell Williams on his web series ARTST TLK on the reserve channel Skate Board P sits and talks with people that influenced him through out his life and in this episode he sits with Legendary film maker Spike Lee about coming up in New York City as a young film maker, Summer Anthems, what influenced him, and the significance of Public Enemy in his films. Check out their one on one after the jump.